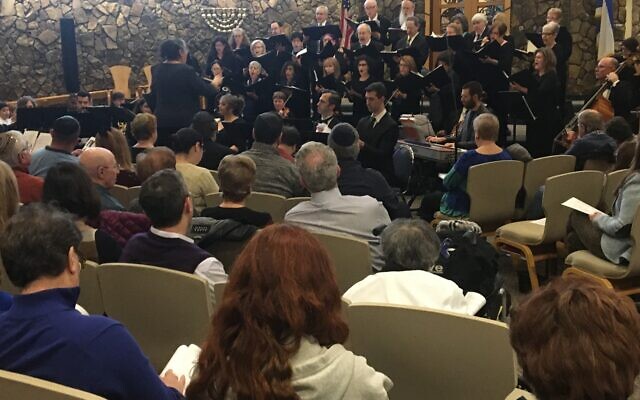 The performance of Handel’s work played to a full house in Temple Emanu-El's sanctuary.

The elegant modern sanctuary of Temple Emanu-El in Dunwoody was transformed for a couple of hours Sunday into an 18th century English concert hall. In a performance in honor of the Chanukah holiday, a choral group of 40 performed George Frideric Handel’s “Judas Maccabeus,” a classical oratorio that premiered in London in 1747.

A 15-piece chamber orchestra, complete with the light delicate notes of a harpsichord, a forerunner of the modern piano, accompanied the singers.
In soaring and often dramatic Baroque harmonies, the work tells the traditional story of the Maccabees from the death of the priest Mattathias through the successful uprising against the Syrian Greeks, led by his son, Judah.

The Sunday performance brought together not just singers from Temple Emanu-El, but seven other area synagogues and three churches. It helped make the event not just a celebration of a holiday, but a celebration of community itself.

Rabbi Spike Anderson, the Reform temple’s senior rabbi, meant the free performance to be a meaningful holiday gift to everyone.

“There are few things in Atlanta that are open to the entire community around Chanukah and the ones that are, are based on the kids,” he pointed out. “We wanted to do something that was about the magnificence of the holiday in the most profound artistic way that we could.”

The work, which originally ran for three hours, was significantly pared down for the performance. Still the concert was considered to be one of the most ambitious in recent memory at a synagogue.

One of the conductors was Amy Thropp, the choir director at Congregation Beth Shalom, a Conservative synagogue in Dunwoody, and the choral leader of the Zimria Festivale Atlanta, a Jewish music group. She has spent a lifetime in the performance of Jewish music, but not always on the scale of last Sunday’s work.

“This one is unique in that it is the very first one that we’ve ever done with an orchestra,” she said. “So we think this is really a very new and unique thing in Atlanta. It hasn’t been done before, at least not by a Jewish group.”

Because an oratorio is essentially an opera without scenery, costumes or stage movement, all the focus is on the music. That gives performers such as Temple Emanu-El’s Cantor Lauren Adesnik and the chorus and musicians the opportunity to fully express the considerable emotion that is in the music. 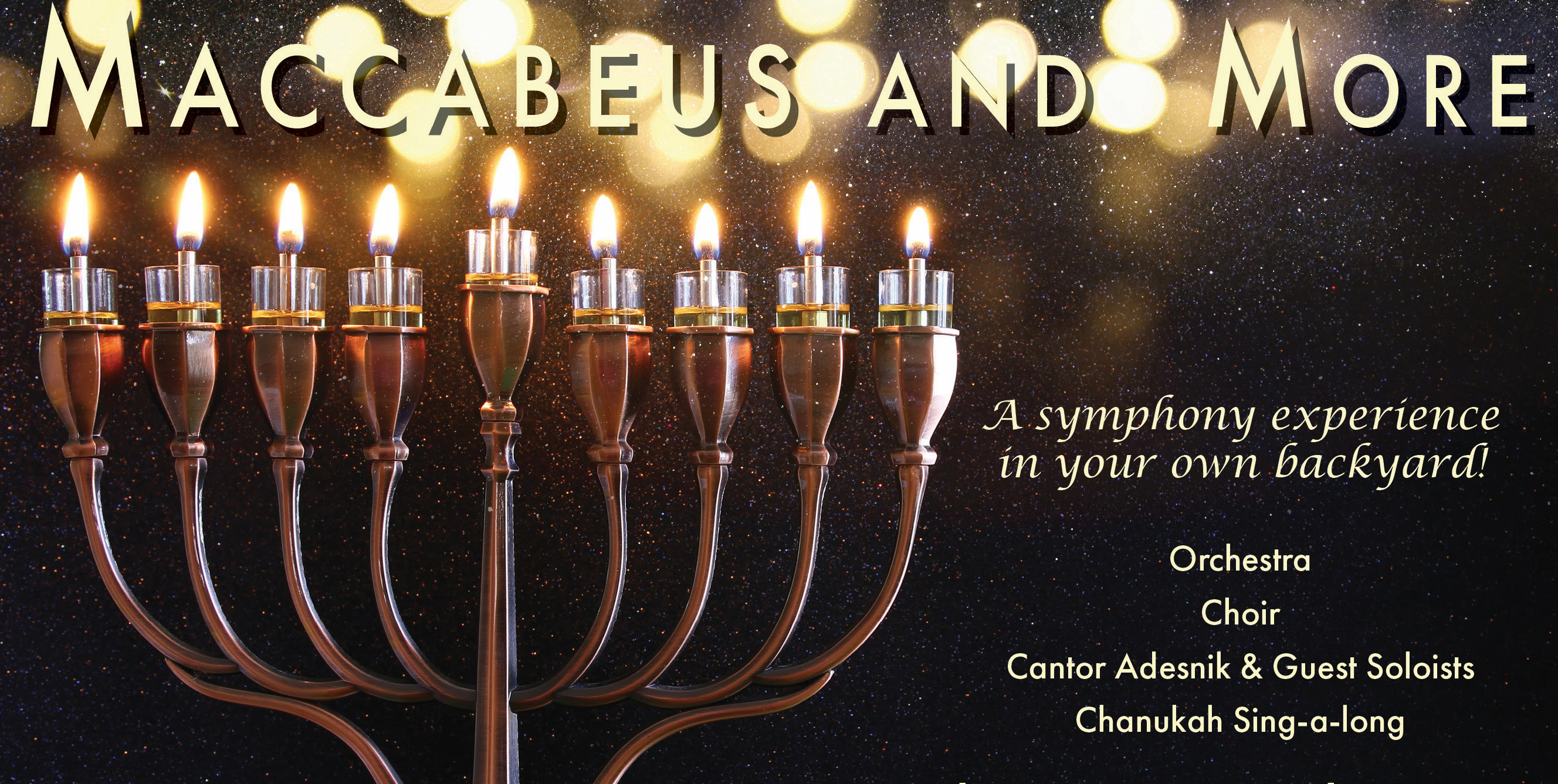 Performances on the scale of the Handel oratorio are a relative rarity in Atlanta’s synagogues.

It is an opportunity Rabbi Anderson and his Temple are happy to provide.

“We are fortunate to have what I consider to be a world-class cantor with us at the very top of her profession,” he said. “She’s more than able to handle this music the way it was intended. We are happy to just let her loose. No one’s holding the reins.”

Cantor Adesnik, who had two solos and two duets in Sunday’s performance, was pleased to take up the challenge of the performance of the oratorio. It was an opportunity that, as a cantor in a modern Reform temple, she doesn’t often have.

“What I find so engaging and unique about music’s ability to create community is the sharing of voices together,” she said. “When you join your voice with someone else and then another person and another person, with each layer, you become stronger and stronger. And the layers of sound enable people who might not feel comfortable sharing their voice on their own to be able to share their voice together.”

But whether it is the more informal style of the Friday night service or the highly polished performance of a work that is almost 275 years old, the role that music plays in bringing people together, the cantor believes, is still much the same.

“Music changes and grows and develops,” she said. “And the role that it plays on Friday night is a little bit smaller, in some ways. I may not do these big, ginormous solos because I am interested in engaging my congregants in singing with me and singing together.”

Sunday’s concert had the financial support of a number of donors in Atlanta, including Dr. and Mrs. Marvin Goldstein of Temple Emanu-El, the William Baker Choral Foundation and a number of individual contributors. Cantor Adesnik believes that such support is crucial to continuing all that musical performances of this kind bring to a local audience.

“When choirs sing together, they become friends,” she emphasized. “It is much more than just getting together once a week to learn the music. You become invested in seeing those smiling faces and learning about each other and growing together as friends and sharing your lives with each other through music.”

Creating an audience for serious Jewish music like the Sunday performance is something that Rabbi Anderson and the Temple Emanu-El leadership want to expand and develop.

“What Cantor Adesnik and I have been doing is working really hard to make Temple Emanu-El the central address for Jewish music,” he emphasized. “We really want to lionize Jewish music as it can only really be performed by, you know, a cantor and those who are dedicated to it.”