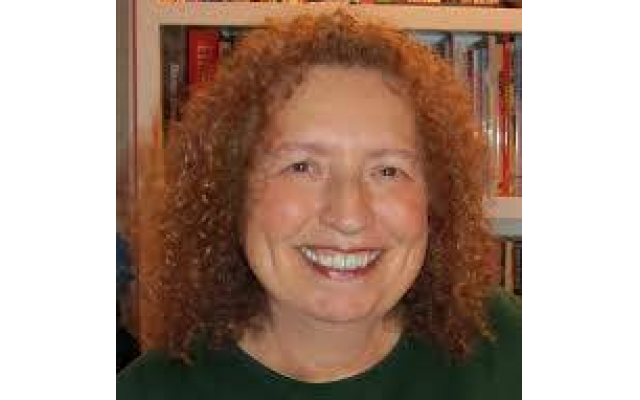 I didn’t grow up in a metropolis with lots of Jewish people or in a small city with a few Jewish families. I was raised in the rural Midwest, and we were the only Jewish family in town. We observed our Judaism quietly, buying kosher meat and celebrating Jewish holidays by regular trips to St. Louis. In most ways, however, we were 100 percent town folk, and I was immersed in every school activity.

In October we decorated the classrooms with paper pumpkins, colored leaves and ears of corn. Mothers baked pumpkin-shaped cookies with orange icing, and we performed in costumes made from burlap bags.

November featured the traditional Thanksgiving play, an idyllic version of the first Thanksgiving. It was highly unlikely that any kids in my school had ancestors who arrived on the Mayflower, but we gave it our all.

Christmas was the high point of the school year. Stores in town were gorgeous with lights, and houses were magnificently decorated. Christmas trees sparkled at front windows, and every church and public building had a crèche in front, including our school.

Students covered the walls with holiday décor. I cut countless six-sided snowflakes and mastered dozens of Christmas carols. I performed in the Christmas play, which focused on the birth portion of the narrative. I had no idea what “holy virgin” meant or who the “three kings of Orient” were. “Virgin” and “Orient” were not in my vocabulary at the time. My parents, who allowed me to participate, were fine with my ignorance. I, the only Jewish student in the entire school, learned my lines, emoted convincingly and sang as if I knew what it was all about.

On the local radio station, my mother heard about a contest. Children, ages six through 10, were invited to mail Santa Claus a letter with their Christmas wish list. Letters would be read during Christmas week, and one would be rewarded with a $10 cash prize. My brother wasn’t old enough to compete, but I was a second grader. We discussed the letter at dinner that night, and two ideas seemed worthwhile. First was to write a take-off on “All I Want for Christmas is My Two Front Teeth,” a popular Spike Jones and his City Slickers song at the time.

The other idea was to reference my maternal grandfather’s favorite song “The Best Things in Life are Free.”

I was cautioned not to deal with the prevalent misconception that Chanukah is the Jewish Christmas. (That year Chanukah and Christmas fell at the same time, making it harder to separate them.) I don’t remember what I wrote to Santa; however, I imagine it was something like the best present would be freedom for all and peace on earth. Sappy? Sentimental? Well, my family believed it, and I believed it, too.

Years later my mother explained that she knew the contest letter would be fun to write and the perfect opportunity to use the stationery my cousin Rhoda had given me.

On Christmas eve, my father closed the store and we drove to St. Louis to celebrate Chanukah with our Jewish family. When we went home two days later, my mother heard the news on the radio. I won!

When they announced my name as the Santa letter winner, my father was worried that it would adversely affect business in our clothing store on State Street. Everybody in town knew we were Jewish, and they’d likely resent the Jewish girl writing a letter to Santa, and, even worse, winning.

People of all ages came into our store and stopped us on the street. How wonderful, they exclaimed, that our Jewish family understood the spirit of Christmas!

My mother taught us that because we were the only Jews most of the folks in town would ever meet, they’d generalize from us, so we had to be the best representatives possible. It’s true we ate different food and didn’t go to church, but I could demonstrate that Jews care about others. Winning the contest was great, but did I really need that $10? My father suggested giving the prize to my class to buy picture storybooks.

And that’s what I did.