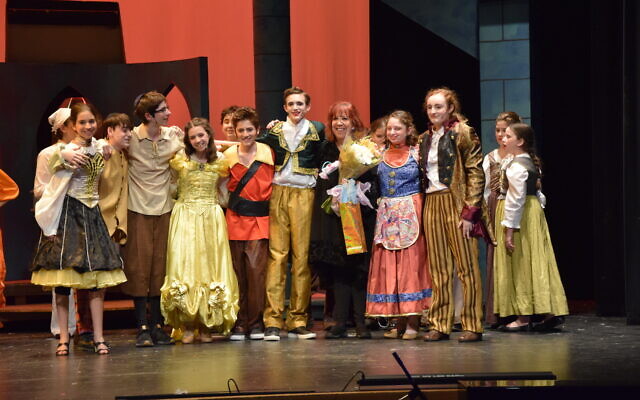 Levy takes a bow with middle schoolers in “Beauty and the Beast.”

“I do lower school productions, middle school productions and our high school girls’ production, Hagigah,” she said. “It started off with one parent saying to me, ‘Why don’t we do something with the parents?’ It got me thinking.”

That concept simmered away in Levy’s head for the past year, but just recently became a concrete idea.

“So many people are interested in theater in all sorts of capacities and we don’t have a Jewish place for them to go,” she said, although the Marcus JCC does offer classes and puts on productions. “It’s really going to be for those from 15 to 150.”

While she’s still early in the development of what the actual process for participating would look like, she has been impressed by the responses she’s heard.

“I just tested the water and I think we’ve already got around 55 people who are interested in different capacities,” Levy said. “We’ve gotten responses from people who want to be part of the planning committee, and the next step is gathering those people and charting the next few months.”

That committee will be formed this month, with Levy’s goal to put on an initial production in the first half of 2020, most likely in May or June.

“I really want to open with a musical,” she said, “but we’ll do musicals and dramas. But I love the idea of being able to bring in speakers or have evenings where we do poetry readings or one-act plays.” 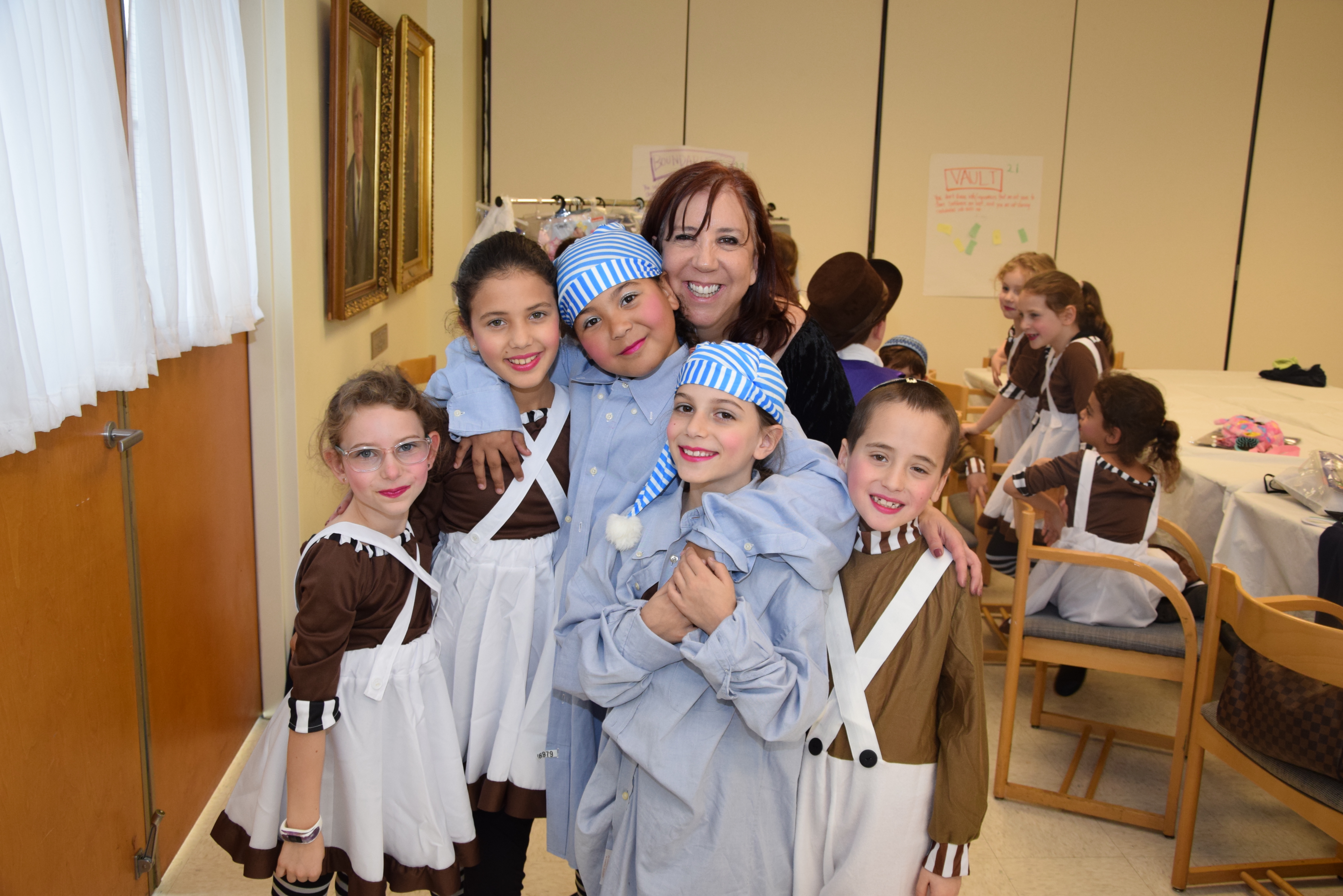 Early ideas in Levy’s mind for that first production are “Hairspray,” or “The Sound of Music,” but she hopes to hear from participants and audiences what they would like to see.

Most who’ve signed up so far have some theater experience, according to Levy, whether that be at camps, in drama programs at school, or as educators.

“These people really are fueled by passion and I know many want to get back into [theater],” she said. “Some have been out of it for 20 or 30 years and really can’t wait to get back into the arena. That’s who I really want, people who are excited about it and don’t come with a preconceived notion of what it should be.”

It will be housed at AJA, but open to the broader Atlanta Jewish community.

“We’re really pulling from the entire Jewish community, whether you’re Reform, Conservative, Orthodox, this will be a place for you to be you,” she said. “I want it to be for anybody, whatever your affiliation with the Jewish community.”

That idea of being open to anyone is important to Levy, as she explained she hoped that teens, including her students, would be able to use this as a way to gain even more experience performing.

“I really want to keep the high schoolers involved, and I think that they can learn from the adults and be mentored by them while bringing a lot to the community,” she said.

That idea is especially important to Levy, who has been involved in drama since she was 6 years old, growing up in South Africa. She has been teaching for over 35 years, mostly involved in directing, rather than performing herself, a role she hopes others will also embrace in the new theater.

“I don’t see myself directing every single show and I don’t want this theater to be that,” she said. “I hope this is completely community-based with different directors and crew for each show.”