Bent Melchior is a former Danish chief rabbi. His father alerted the Jewish community about the impending deportation by the Nazis.

The remarkable story of how the majority of Danish Jews were saved during the Holocaust will be shared by several notable speakers at the annual observance of the International Holocaust Remembrance Day sponsored by Am Yisrael Chai 7 p.m. Jan. 26 at Byers Theatre at the Sandy Springs Performing Arts Center.

Former Danish Chief Rabbi Bent Melchior will be the keynote speaker at the event, entitled “Rescue and Refuge,” recalling how his father, Chief Rabbi Marcus Melchior, warned the Jewish community of an impending round-up and deportation, and encouraged them to hide or escape. With the help of the Danish resistance movement, 7,220 of Denmark’s 7,800 Jews were evacuated by sea to neutral Sweden, where they were welcomed as refugees.

“It’s such an uplifting story,” exclaimed Dr. Andrea Videlefsky, president of Am Yisrael Chai. She recounts the tale of how Rabbi Marcus Melchior was alerted of the Nazi round-up scheduled for Rosh Hashanah 1943 and he, in turn, told the Jewish community not to attend services. They listened, and most of the community was saved, including the Melchior family and the family of Cantor Eugene Goldberger, whose grandson, Rabbi Menashe Goldberger of the Atlanta Scholars Kollel, will give the d’var Torah at the event.

Videlefsky said this year’s focus on the Danish Jewish community becoming refugees in Sweden is very timely. “This theme is so current,” she said. “It’s a story of hope.” She added that the event, which was planned for a year, is expected to sell out. 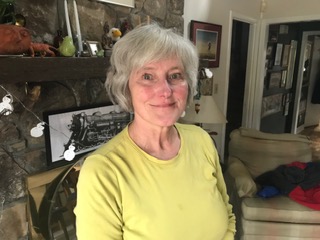 Gitte Tobin’s father was a member of the Danish resistance movement, which fought the Nazis and helped save the majority of the Danish Jewish community.

Accompanying Rabbi Melchior in lighting the Holocaust memorial candle will be Museum of History and Holocaust Education docent Gitte Tobin, whose father was a member of the Danish resistance. “He was a boy scout at the time. The troop leader would listen to the BBC and print the news. The scouts would then throw the flyers from the roof. Later he also helped transport guns and blow up Nazi supply routes,” said Tobin who was born in Copenhagen. It was the Danish resistance movement, along with many ordinary Danish citizens, that helped organize the boat owners who transported the Jews to Sweden.

The rescue of the Danish Jewish community is thought to be one of the largest resistance actions of any country occupied by Nazi Germany. Even those 464 Danish Jews who were captured and deported to a Nazi concentration camp were supported by the Danish government and most survived the war.

Originally from Germany, Bent Melchior moved with his family to Denmark in 1933 when he was 10 years old. He returned to Denmark after the war. He became a rabbi and after his father’s death in 1969, he succeeded him as the chief rabbi of Denmark. Melchior’s son, Michael, is a rabbi of a synagogue in Jerusalem. He’s a former member of the Israeli parliament, or Knesset, and also is chief rabbi of Norway.