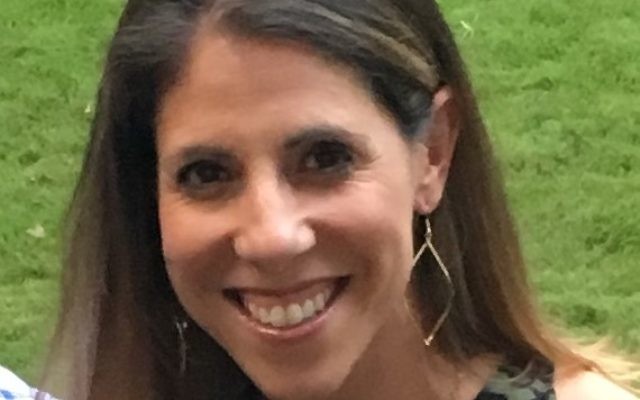 Stephanie Rubel and her husband, Josh, have three children, Talia, David and Isaac, who attend the Epstein School. She works as a public health program evaluation consultant.

My Jewish identity has never been about what I learned in school.

I’m the granddaughter of Holocaust survivors, and my Jewish identity was shaped by my family history and my mother’s insistence on the importance of preserving Jewry in the Diaspora. I married a Jew and always planned to raise my kids Jewish.

I also always assumed that, like me, my children would go to public school and get their formal Jewish education from supplementary Hebrew school and maybe the Jewish Community Center, a Jewish summer camp or a youth group.

In truth, though, I never loved the idea of Hebrew school. As a child, I found it to be a waste of time.

Yes, I learned enough to be comfortable at High Holiday services and observe some of the better-known Jewish holidays, like Chanukah. I memorized a Torah portion for my bat mitzvah and learned to read and write Hebrew.

But I can barely speak any Hebrew, and when my mother-in-law gave us a basket of fruit and snacks at Purim, I had no idea that it was called mishloach manot or that it was one of the key traditions of Purim.

I often felt envious of my husband’s Judaism. He went to Jewish day school, could speak Hebrew, and understood the meaning behind traditions such as eating cheesecake on Shavuot or hearing the shofar during the month leading up to Rosh Hashanah. My Jewish literacy, by comparison, felt superficial.

So when our kids reached school age, I began to question my vision for their Jewish education. I wasn’t looking for them to be more religious, but I did want to give them a Jewish foundation they’d find meaningful — and inspire them to nurture and sustain their own Jewish identities throughout their lives.

So my husband and I made a choice that, at the time, felt radical to me: We enrolled them in a Jewish day school, the Epstein School — a Conservative, bilingual Hebrew/English school.

It was one of the best decisions we ever made.

My children — third-generation descendants of Holocaust survivors — are learning to speak, read and write Hebrew from native Israelis. They’re gaining more than a language; they’re getting a strong connection to the Jewish homeland.

They’re learning the origins of Jewish traditions and living them daily.

At their school, each grade has a special milestone celebration. In kindergarten, they learn about the meaning of their Hebrew names. In first grade, they each receive their own personalized siddur (prayer book).

Parents are tasked with decorating fabric siddur covers for their children. Some find artistic crafters on Etsy to design the covers. Others harness whatever artistic ability they have and pour their hearts and souls into the project.

The day of my son David’s celebration, he came home practically unwilling to let go of his new siddur. I had decorated one side of the cover with a Tree of Life made from musical notes and instruments, representing his talent and passion. On the other side is the Star of David, which David called “my star” when he was in preschool. Inside, members of our family wrote him notes of love and encouragement.

That day, he asked his dad to put sticky tabs on all the pages with prayers he knew, such as Modeh Ani, the Shema and the Kiddush.

Seeing my child so happy to have his own siddur while knowing I had a part in making that special for him was one of the most joyous experiences of my life. It wasn’t just David; all the children were glowing with pride as they looked at their new siddurim.

I don’t have a comparable experience from my youth except for my bat mitzvah. I can’t imagine having been excited to receive a siddur at age 7. I can’t recall being particularly proud of my Hebrew name. But now I see how meaningful these experiences can be.

Meanwhile, my anxieties about Jewish day school proved to be unfounded. I was worried about its homogeneity and my children being isolated from other religious, ethnic and racial groups. But my kids don’t live in a Jewish bubble, and their school provides high-quality, accelerated secular academics as well as Judaics.

My kids participate in community sports leagues and other extracurricular activities with diverse participants, including on Saturdays, and they have close Jewish and non-Jewish friends.

At the same time, my children can answer our non-Jewish neighbors’ questions about our Shabbat traditions and holiday celebrations.

Most important, when they interact with the wider community, they are unabashedly proud of their Jewishness. They see many different levels of Jewish observance, and they are learning to respect diversity within Judaism and outside it.

This year, my 9-year-old daughter’s soccer coach decided to add an extra, voluntary practice session on Friday evenings. But we have Shabbat dinner together every Friday night, and my daughter, the only Jew on the team, wasn’t happy.

We talked about how much she loves her teammates and her commitment to the team, and we talked about how we make it a priority to be together every Shabbat for dinner. She considered the situation and asked whether we could do soccer drills at home on Friday afternoons so she also could get in the extra practice without sacrificing our Shabbat ritual.

I know it won’t always be easy, but we’re off to a good start. I recognize that day school is not for everyone and that all day schools are not the same. But I can honestly say that I’m envious of my children’s Jewish education.