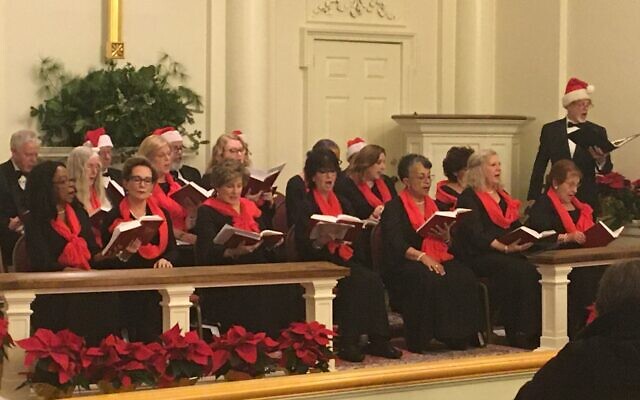 One of the two concerts of Christmas music by Jewish composers was held at Northside Drive Baptist Church in Buckhead.

For the past month or so what we have come to call holiday music has been nearly inescapable. Many of the most commercially successful of the melodies avoid overt appeals to religious faith and appeal more to the emotions, of romance and family, of wintery pleasures and joy. And many of the best known of these non-religious tunes were composed by Jews.

Leading the list is Irving Berlin’s “White Christmas,” written over 75 years ago for the motion picture, “Holiday Inn,” which was released just after America entered World War II.

Last week, a concert at two churches by a multifaith choral group, paid homage to “White Christmas,” among other holiday songs.

In his novel, “Operation Shylock,” the author Philip Roth mentions its creation and Berlin’s “Easter Parade” as a stroke of genius that rivals the work of the Divine. “… This is Jewish genius on par with the Ten Commandments,” wrote Roth. “God gave Moses The Ten Commandments and then He gave to Irving Berlin ‘Easter Parade’ and ‘White Christmas.’”

The immense success of “White Christmas,” particularly among GIs, inspired other Jewish songwriters to write their own Christmas tunes, especially in the years following World War II. Many of them became holiday standards.
There was “Let It Snow” by Sammy Cahn and Jule Styne, which was written in 1945, and Mel Torme’s song about chestnuts roasting on an open fire, “The Christmas Song,” which also appeared in 1945. The very successful songwriting team of Jay Livingston, who was born to Jewish immigrant parents, and Ray Evans, created “Silver Bells” for a 1951 Bob Hope film, “The Lemon Drop Kid,” but it was Bing Crosby that made it a hit.

At the Dec. 17 concert, the Choral Guild of Atlanta, a nonprofit group that includes at least four Jews among its singers, presented two performances of “Dreaming of A Jewish Christmas – Holiday Music by Jewish Composers.”
The two concerts, at St. John’s Episcopal Church in College Park and the Northside Drive Baptist Church in Buckhead, included not only “White Christmas” but many highly recognizable tunes.

The idea for the program came not from the president of the Choral Guild, Gene Morgan, who sings in the choir at Temple Sinai, but the Guild’s conductor and musical director, Clair Maxwell, who works at St. Luke’s Presbyterian Church in Dunwoody. 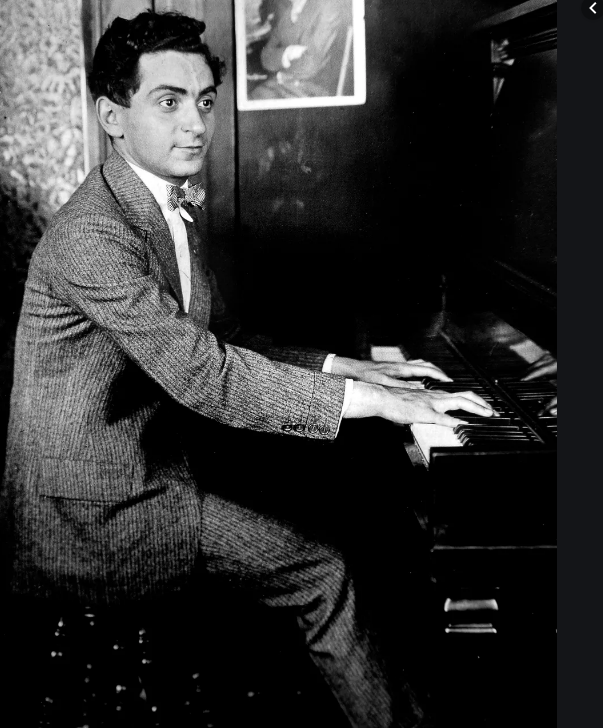 Irving Berlin achieved fame early, but also experienced tragedy, when his first wife died shortly after their honeymoon and his son died at 3 weeks old.

“He came in one day with the idea and I didn’t hesitate,” Morgan remembers, “‘Let’s do it,’ I said.”

Although Berlin was not an observant Jew, when I interviewed Kaplan last week by phone he spoke about the Jewish spirit Berlin brought to much of the music he composed.

“I think that as a New Yorker and as an immigrant, he felt himself deeply Jewish without going regularly to shul,” Kaplan pointed out. “He brought a lot of different parts of the Jewish experience to his music. I feel that his lyrics always had a Jewish snap to them – kosher salt in them, if you will.”

Despite its association with the Christmas holiday, Kaplan believes that “White Christmas” expresses a yearning that was so much a part of the move that Jews made when they journeyed to America in search of a new life.

“I compare ‘White Christmas’ in certain ways to ‘Blue Skies,’ which I call the saddest song about happiness ever written,” Kaplan said about the 1926 song, also written by Berlin. “‘White Christmas’ is not a joyous song. It is a song of loss and yearning.” 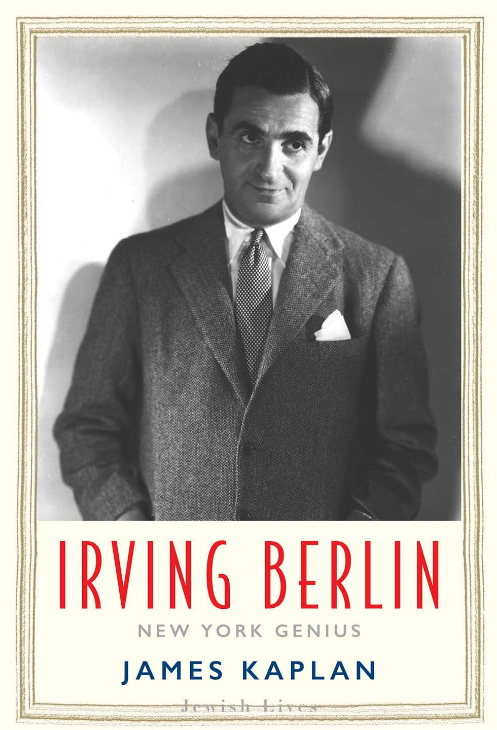 James Kaplan is an authority on popular American music, whose works include a two-volume biography of Frank Sinatra.

Some of that sadness is reflected in a quote that Kaplan mentions in his book about the Jewish life of Berlin. Kaplan recalls the highly evocative words of Carl Sandberg, the great American poet and biographer. Sandberg wrote these words about ‘White Christmas’ and its hopeful vision of the future during the early tragic years of World War II.

“The hopes and prayers are that we will see the beginnings of a hundred years of White Christmases – with no blood-spots of needless agony and death on the snow.”

Berlin, for all of his success and wealth, experienced great tragedy in his life. He lived through the loss of the family home in Russia as a young child, the sudden death of his beloved bride and first wife a few months after they were married, and the death of a son, born to him and his second wife in the late 1930s. He was just 3 weeks old when he died on Christmas Day in 1938.