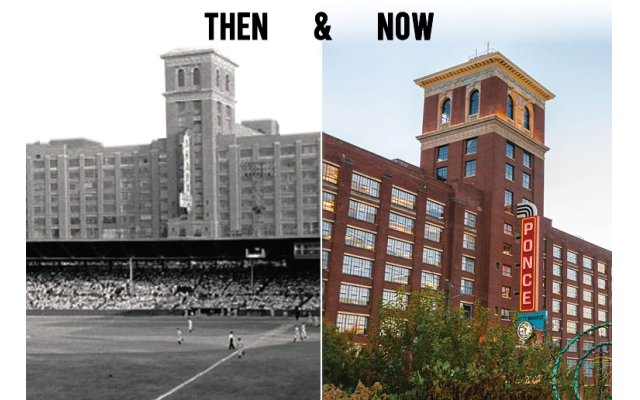 Matt Bronfman would be shy about accepting accolades touting his success as Jamestown Property’s CEO in reshaping much of what’s “cool” and working well inside the city.

Bouncing off other big city historic and landmark destinations like Chelsea Market in New York and Ghirardelli Square in San Francisco, Bronfman led the charge in developing Ponce City Market out of the bones of the old Sears building, which dates back to 1926 and later became City Hall East.

He was chosen by Atlanta Business Chronicle as “One of the Most Admired CEOs” in 2017 and one of Georgia Trend Magazine’s “Most Influential Atlantans” this year. 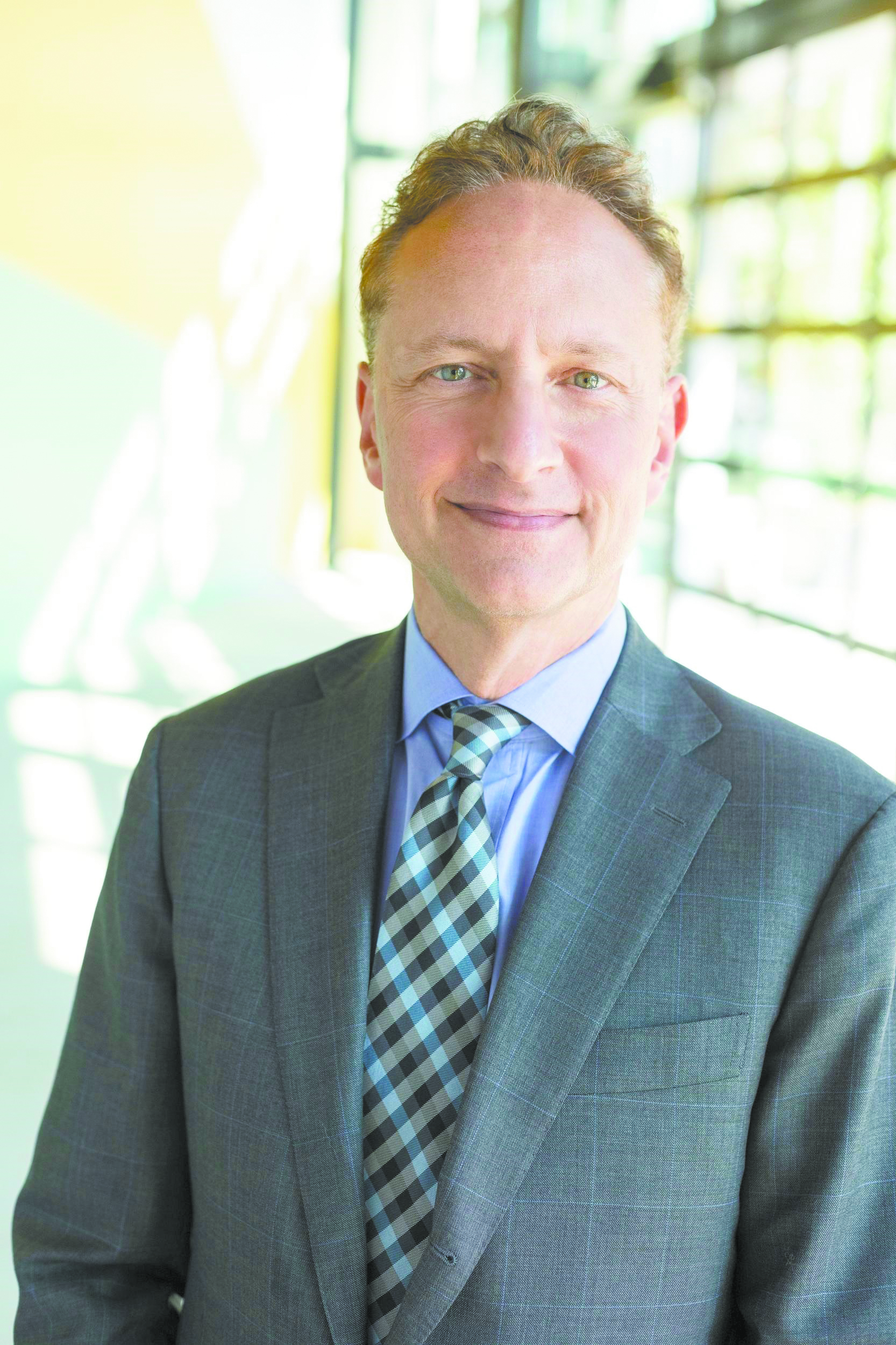 Bronfman says, “In real estate development, follow those who are young and creative. “

Humble and upbeat, Bronfman launched from Overland Park, Kansas, to Tufts University, then Northwestern Law School. Now he says, “I am basically a Jack of all trades. At this stage, my ADHD characteristics serve me well where I can spend 15 minutes on topic X, then bounce to topic Y quickly.”

He has been with Jamestown for over two decades and before becoming CEO seven years ago, served at various times as general counsel, acquisitions lead and portfolio manager.

Jamestown, under Bronfman’s leadership, has been headlining the news: taking over The Shops of Buckhead, the multiblock quadrant/quasi-Rodeo Drive on Peachtree – adding a more community-friendly business component starting with changes in early 2020 – and also two joint venture adaptive reuse developments on Atlanta’s Westside.

Plus the Atlanta Business Chronicle reported Oct. 14 that Jamestown recently paid $34.5 million for the Southern Dairies property across from PCM.

After The Shops of Buckhead deal was announced, Jamestown conducted Town Hall meetings to listen to community folks’ input in moving the needle forward. Bronfman elaborates, “We are excited to take over something that is in a way ‘challenged,’… to make it better. We will not replicate Ponce City Market in Buckhead but we will provide more variety and give people a reason to linger longer.” 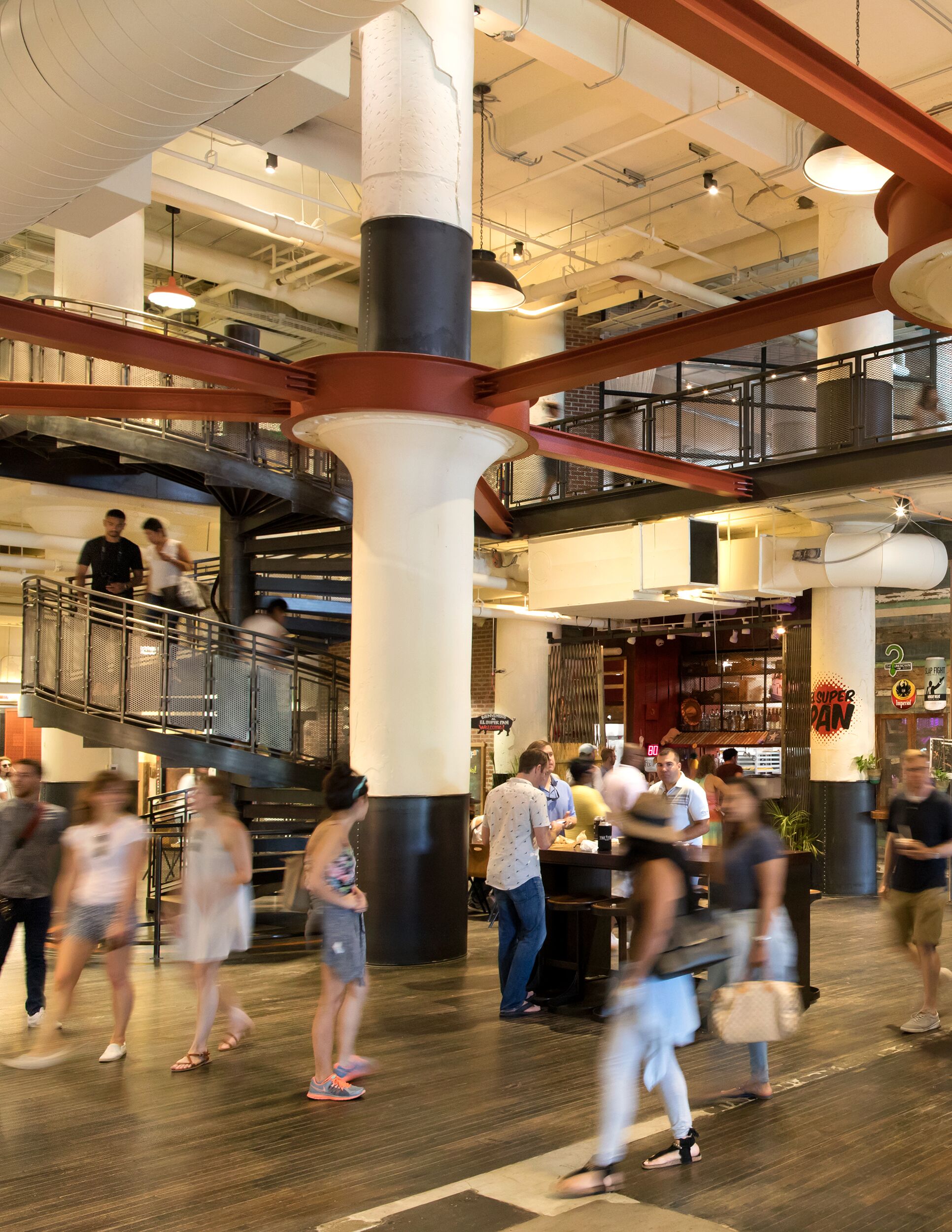 The tenant mix in Ponce City Market makes it a unique destination for out-of-towners and local fun seekers.

He explained that PCM appeals to a different customer; but a lot of what we have learned is transferable. We want to create more of a community and will consider more varied shops, perhaps a wine store, or a unique bookstore. Per Bronfman, “We want a community hub. Not just a place where someone parks, goes into one shop, and then leaves.”

Note that some tenants at The Shops of Buckhead are Hermes, Shake Shack, Bella Bag, Le Bilboquet, Dior, Jimmy Choo, Tom Ford, and Spanx Corporate. Not for the faint of pocketbook. Some beauty and yoga venues are mixed in. They offer two hours of free parking.

Practicing Law Leads to a Wife

Also an attorney and Atlanta native, Ronit Walker was hired to be Bronfman’s replacement while clerking for a federal judge. He laughs, “Today one would be much more cautious about asking out an interviewee or co-worker; but it worked out well for us and I have a great life partner.” Ronit is currently an administrative law judge.

Once in Atlanta working at Holland & Knight law firm, Bronfman didn’t take family advice, which was that leaving law for a career in real estate might be “too risky.” Twenty-two years later, they have three children, one currently at The Weber School, the others at University of Pennsylvania and University of Texas business school.

Bronfman serves on the executive board of the Atlanta Jewish Federation. Previously he was on the boards of the Epstein and Weber schools. “One can focus on schools or the JCC, which are great, but the Federation is really the glue that connects the entire community,” Bronfman said. He also serves on the board of the international Jewish Funders Network, which puts Jewish philanthropists together to amplify action.

Bronfman, who delivered newspapers as a youngster and then was a tennis pro, spends his free time jogging and reading nonfiction. “Actually, I don’t have time for many hobbies. I am very fortunate to have a fascinating job, focusing on identifying trends and mentoring a great team. Jamestown is like another family, and I relish helping others grow.” He also emphasized the importance of finding joy and said he laughs out loud multiple times every day.

When asked to proffer advice to those going into real estate, he pondered, “Focus on demographics and trends and how/where creative young people want to live and work, and remember that in curating a project, sometimes the highest-paying tenants are not the best tenants.”