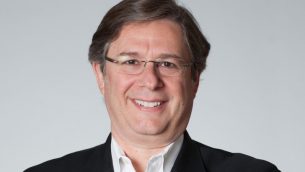 Michael A. Morris | Owner and Publisher

Throughout his career, Michael has successfully balanced business and philanthropic interests. Since 2014, he has been the owner and publisher of the Atlanta Jewish Times, a weekly newspaper that has been in continuous circulation for more than 94 years. As Atlanta’s premier Jewish periodical, the AJT provides a geographically dispersed Atlanta Jewish population with a sense of community. The publication covers such topics as business, Israel, Jewish nonprofit institutions and events, Jewish traditions, and politics. It has given Michael the opportunity to serve the community by “Keeping Jewish Atlanta Connected.” Since acquiring the AJT, he has expanded the paper’s commitment to the community by creating the Atlanta Jewish Connector, an online Jewish events calendar and resource guide; and the Atlanta Jewish Life Festival, bringing Jewish organizations together.

Michael currently serves on several charitable boards including the Marcus Foundation, the Morris Family Foundation, Georgia Aquarium, Georgia Commission on the Holocaust, National World War II Museum in New Orleans, Friends of the IDF for the Southeast region, and Jewish National Fund of Greater Atlanta. In addition, he is the current chairman of the Alpha Epsilon Pi Fraternity Foundation.

Michael’s many past civic and charitable involvements include the U.S. Holocaust Memorial Council in Washington, to which he was appointed by President George W. Bush; the Board of Visitors of the Shepherd Center; the Board of Advisors of Emory University’s Goizueta Business School; the CDC Foundation’s National Advocacy Council; the board of Temple Emanu-El, for which he was chairman of the endowment committee; the national board of ARZA; the board of Zoo Atlanta; and the board and executive committee of the American-Israel Chamber of Commerce for the Southeast, now Conexx. Michael is a graduate of Leadership Atlanta’s Class of 2001 (the best year ever) and is also a proud alumnus of the Jewish Federations of North America’s National Young Leadership Cabinet.

Michael earned a Bachelor of Science degree from Vanderbilt University in 1985 and received his MBA, with honors, from the Goizueta Business School of Emory University in 1992. He has four daughters, Jacqueline, Alexandra, Lydia and Hannah.