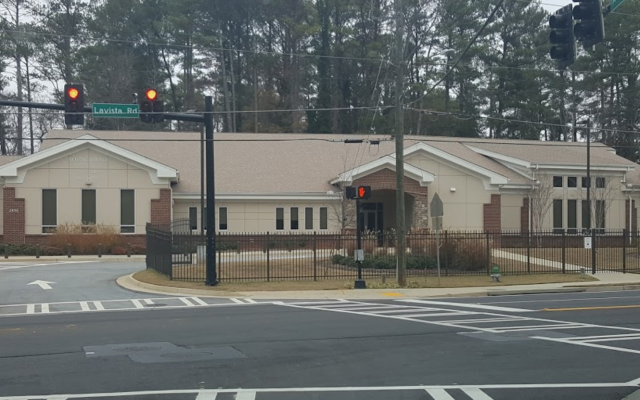 In the end, Young Israel of Toco Hills became Congregation Ohr HaTorah, remained a Modern Orthodox congregation but severed itself from the National Council of Young Israel.

Before that happened, a dispute between YITH and the national movement played out on social media.

The trouble began Feb. 25, when NCYI president Farley Weiss publicly endorsed Israeli Prime Minister Benjamin Netanyahu’s plan to bring into his electoral coalition a party formed by followers of the late Rabbi Meir Kahane, whose ultra-nationalist party was banned in Israel in 1994 for incitement to racism.

In response, 22 Young Israel synagogues wrote to NCYI and asked it “to immediately cease making all political pronouncements,” suggesting that the issue was long-standing.

That’s when things got personal.

Emotional buttons were pushed by a March 4 Twitter post from Yechezkel Moskowitz, then president of NCYI’s advocacy division (but who is no longer on its board): “Everyone of the Rabbis on this list from reconstructionist lover @RabbiStarrYITH to tree hugger Barry Kornblau should be ashamed of themselves joining with liberal progressive groups like @IfNotNowOrg in attacking @NCYIYoungIsrael for defending Israels democracy. #NotMyJudaism”

The “reconstructionist lover” remark referred to a gathering Nov. 2, 2018, on the first Shabbat after the massacre at the Tree of Life synagogue in Pittsburgh. Members of YITH and Congregation Bet Haverim met in the street between their synagogues for prayers, psalms and songs led by Rabbi Adam Starr and Rabbi Joshua Lesser of CBH, a Reconstructionist congregation.

Starr rebuked Moskowitz March 5 on Facebook: “This is not just an ad hominem attack on me (and Rabbi Barry Kornblau for his tree hugging) but by extension it’s an attack on my Shul and community,” as well as other YI synagogues that signed the letter. Starr also apologized to Lesser.

Kornblau, the rabbi of Young Israel Congregation of Hollis Hills-Windsor Park in Queens, N.Y., posted a photo of himself hugging a tree.

Young Israel of Toco Hills demanded an apology from NCYI for Moskowitz’s comments and created a committee to study the synagogue’s future affiliation with the movement.

When no apology was forthcoming, the issue was put before the congregation. More than 80 percent of eligible members voted and more than 93 percent favored disaffiliation.

Holocaust historian and Emory University professor Deborah Lipstadt, whose resignation in February from YITH to disassociate herself from the national movement had received national attention, told the AJT June 12 that she was “delighted to have already rejoined . . . as soon as I heard results of vote.”

On June 12, Starr and congregation president Marc Sokol sent members a letter, saying: “At this time, we are pleased to assume our shul’s Hebrew name, Kehillat Ohr HaTorah, which reflects our mission of spreading the light and beauty of the Torah to all who wish to learn and grow with us, a mission that has resonated in Atlanta and beyond. After deliberation and through an open and inclusive process, our members have decided to no longer affiliate with the National Council of Young Israel due to our organizations not being a strong fit for one another. We are proud to be a Modern Orthodox kehilla kedosha [holy community] and will continue to affiliate with the Orthodox Union, the largest Orthodox synagogue organization in the country. We wish the National Council of Young Israel the best as they continue to serve Klal Yisrael.”

Moskowitz told the AJT, “My personal reaction is that I think it’s good for both parties. I wish the community well in its future endeavors and service of Hashem. But what this makes abundantly clear to me is that the 22 rabbis who signed against NCYI, many did so not because they were upset with the leadership of the NCYI not consulting them, but because of their right-leaning philosophy – which for whatever reason [they] felt hurts the name of the movement. That’s their right, it’s a free country.”