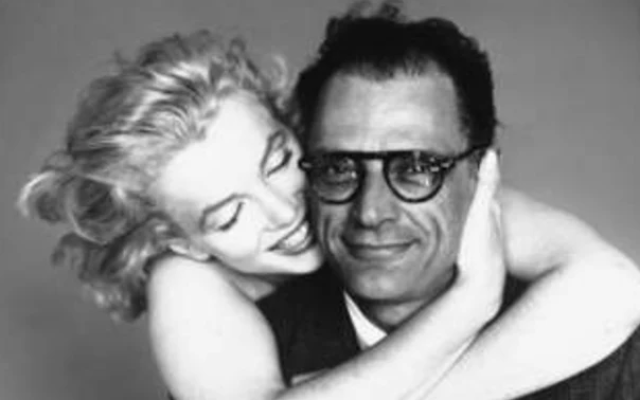 In the days before her Jewish marriage to Arthur Miller in 1956, Marilyn Monroe thought she had found true happiness.

If you found the well-worn, brass plated Chanukah menorah pictured here, you might pay $10 for it at a neighborhood garage sale. It’s only about 10 inches high and 9 inches wide and when you wind it up, it plays Israel’s national anthem. Ok, you say, maybe $12.50.

But how much would you offer if you knew it was once owned by Marilyn Monroe and was given to her soon after she was married to the Jewish playwright Arthur Miller in 1956?

Moreover, what would you pay if you knew that Monroe treasured it as a symbol of her conversion to Judaism when she wed the famous author of the American classic, “Death of a Salesman?” It was displayed on the mantle in her home in Hollywood until she died and was subsequently included in an exhibit at The Jewish Museum in New York from 2015 to 2016. 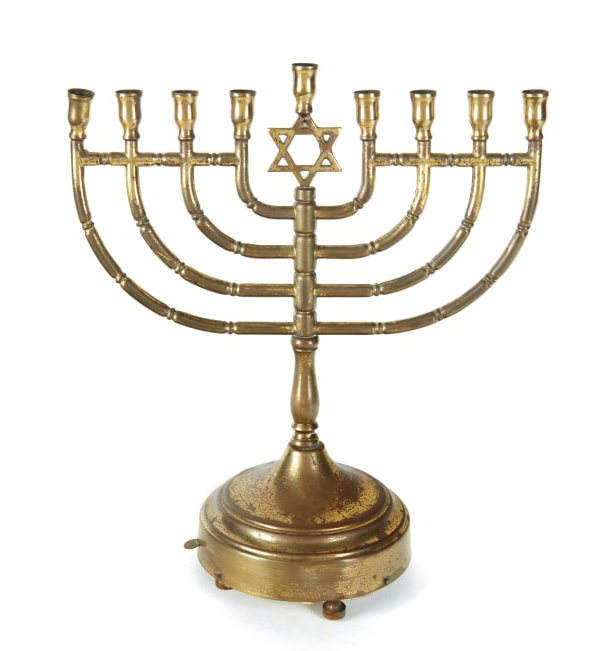 Last month, three years after the exhibition, in November 2019, it was auctioned by Kestenbaum & Company in New York as Lot 354. The menorah was described as having a “cylindrical trumpet-form base supporting a baluster stem and continuing to ringed curved arms ending in nine candle nozzles.” It was said to have been a gift from Miller’s mother, who often spoke Yiddish to her husband when she didn’t want her son or new daughter-in-law to know what she was saying. Last month, it sold for $112,522, including commissions.

The former owner was the Miami real estate investor and art collector, Amir Ben-Zion. He had originally bought it in 1999 at an auction of Monroe’s personal property and not many people had paid much attention to it then.

But in the years since, as we mentioned in our story in August of this year, the interest in the Jewish Marilyn Monroe has grown. The siddur that Arthur Miller had given her before they were married sold in November 2018 by the J. Greenstein auction house in Cedarhurst, Long Island, for $26,250. It was said to have some notes in it that were written in her handwriting, and it was in her collection of books when she died, an old siddur from Miller’s boyhood Brooklyn synagogue, Congregation Torah Vodat.

Another hot seller four years ago was Monroe’s signed certificate of conversion, dated July 1, 1956, the same day she married Miller in a religious ceremony at the home of his literary agent. On Dec. 17, 2015, just after the end of Chanukah that year, it went for $70,500.

These ritual objects were all symbols of a happy time in Monroe’s life. But the five years they were married were generally difficult ones and they gladly parted ways after their divorce became final in January 1961. She died of an overdose of barbiturates Aug. 4, 1962.