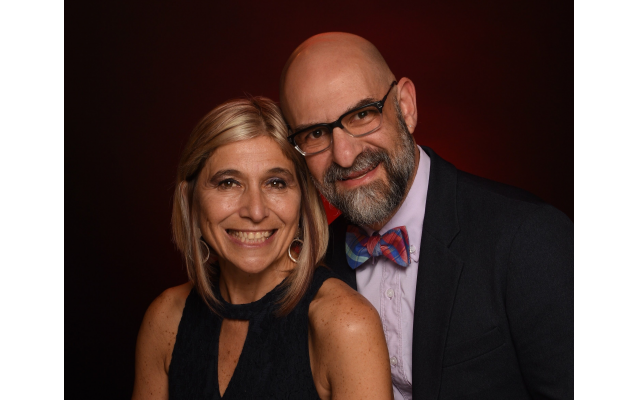 In August, a mixture of excitement and sadness filled the halls of Congregation Or Hadash as the congregation’s rabbinic duo, Rabbi Analia Bortz and Rabbi Mario Karpuj, announced that they would be making aliyah in 2020.

The pair has been with Or Hadash from the conservative synagogue’s first days, and there is little doubt that they will leave enormous shoes to fill.

And while the pair looked forward to their future in Israel, they also reminisced about their time at Or Hadash and their love for the congregation.

“The president of our shul is someone who we married and did his baby namings and saw his kids growing up,” Bortz said. “It changes you forever and becomes a part of who you are, seeing the whole lifecycle of a family.”

“We were quite honored to be asked by the current president, Ben [Nadler] to chair the search committee. That is, after we came out of the shock that came with our rabbis’ exciting news,” Berman said.

The pair were Or Hadash’s first two presidents, and, as such, have worked well together for a long time. The official job posting with Conservative Judaism went up just before Thanksgiving, following a period of conversation with congregants.

“The teens made us promise that we wouldn’t hire a scary rabbi,” Berman joked.

“I left those sessions totally energized by the community that we collectively have created,” Epstein added. “Some of our teens were babies in the early days of this congregation. They were probably named by Mario and Analia within weeks of the founding of the shul, and here they were telling us what they want is more time with the rabbis, … together with the congregation.”

As applications have begun to flow in the duo didn’t want to give a number, but emphasized that they have been very happy with what they’ve seen so far, and have already begun the next steps.

“Applications have been coming in, and we’ve been setting up screening interviews with our committee, and preparing to do video interviews with candidates,” Epstein said. “Everything is with an eye on January and February for the top three candidates to come in and spend Shabbat with us.”

Nadler explained that after an emotional period following the announcement, things have mostly returned to business as usual, but noted that he is excited seeing how this has driven engagement.

“We’ve always had a very active and engaged membership base that has given us a lot of feedback, but I think the most encouraging thing is just how involved everyone has been throughout this whole process,” he said.

As part of the initial discussion, Bortz and Karpuj were careful to state that while they were looking forward to the future, nothing would change in their day-to-day roles for at least a year, something executive director Scott Allen said still holds true.

“Analia is starting with b’nai mitzvah students for October, November and December of next year, even though it’s highly likely she won’t be here come that time,” he said. “Inside the building there’s a tremendous amount of love and respect, and that doesn’t get turned off, and everyone is grateful they’re here and continuing to do what they’ve been doing.”