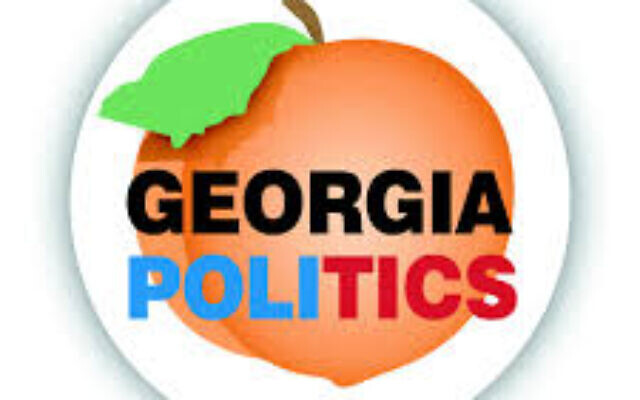 Democrats hope to turn a red state purple, while Republicans try to keep what they have and regain what they lost.

Back in October, the AJT reported that “More than an old sweet song will keep Georgia on the nation’s mind in 2020. Georgia is, as the pols and pundits like to say, ‘in play.’ Democrats again envisage turning a red state purple, while Republicans look to keep what they have and regain what they’ve lost.”

Georgia’s presidential primary will be March 24. The Democrats likely will have at least several names on their ballot. The state Republican party has decided that only President Donald Trump will appear on its ballot.

The decision by 74-year-old Republican U.S. Sen. Johnny Isakson to retire before his term expired in 2022, because of health difficulties, left Republican Gov. Brian Kemp in a pickle (Southern fried variety).

Kemp named businesswoman Kelly Loeffler as the interim senator until the November 2020 “jungle primary,” in which every candidate seeking the seat, regardless of party, will be on one ballot. In doing so, Kemp rejected Trump’s desire that the nod go to Republican Rep. Doug Collins, from Georgia’s 9th District. Whether Collins will enter the contest remains to be seen.

Among those already seeking Isakson’s chair as a Democrat is Matt Lieberman, a Jewish Atlantan whose name usually is followed by a reference to his father, former Connecticut senator and 2000 Democratic vice-presidential candidate Joe Lieberman.

If no candidate wins a majority in the November vote, the top two finishers will enter a run-off to be held Jan. 5, 2021, two days after the 117th Congress convenes. The winner will serve the final two years of Isakson’s term and, thus, be up for re-election in 2022 – as will Kemp.

Meanwhile, a May 19 primary will determine which Democrat will face off in November against incumbent Republican Sen. David Perdue, who has amassed a sizable campaign war chest.

The Democratic hopefuls in that race include Jon Ossoff, who came close but failed to win a seat in the U.S. House of Representatives in 2017 from Georgia’s 6th District. Ossoff is Jewish. The only Jewish candidate to win a partisan statewide race in Georgia was Republican Sam Olens, who was elected attorney general in 2010.

In the U.S. House, Republican Karen Handel, who defeated Ossoff in a 2017 special election, lost the seat in 2018 to Democratic Rep. Lucy McBath, a gun control advocate. McBath is running for re-election in 2020 and Handel appears the most likely challenger to emerge from the May 19 Republican primary.

In the 7th District, the decision by Republican Rep. Rob Woodall not to seek re-election in 2020 has created crowded fields seeking the Democratic and Republican nominations.

Georgia State University professor Carolyn Bourdeaux, who narrowly lost to Woodall in 2018, is one of several Democratic hopefuls. Another is former Fulton County chairman John Eaves, who is a member of The Temple.

Republican State Sen. Renee Unterman, who is Jewish, is one of several candidates for the GOP nomination.

Incumbent Democratic congressmen John Lewis in the 5th District, and Hank Johnson in the 4th District, have no announced opposition.

How Georgians vote will change in 2020. Georgia Secretary of State Brad Raffensperger has said that new touchscreen voting machines, which produce a paper ballot that then is scanned, will be in place statewide by March. ■