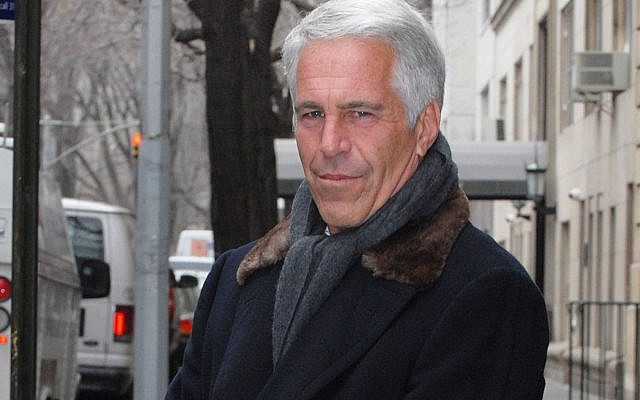 Jeffrey Epstein was found dead in his jail cell on Aug. 10.

Of all the strange twists in the Jeffrey Epstein story, one involved Atlanta resident and criminal defense attorney David Schoen.

Just days before his death, the 66-year-old financier with an alleged predilection for young girls and a coterie of well-known friends met with Schoen about his federal sex-trafficking case. “It was just the two of us in a room, though other people came and went” during their five-hour Aug. 1 meeting, Schoen said soon after. “We talked about the future, all sorts of plans for the case, things he hadn’t thought about before. “He was very upbeat, eager to go. I’ve heard from other people who told me how much that meeting meant to him.”

Several days after Epstein’s death on Aug. 10, Schoen told the AJT that, based on the tone of that conversation, he was skeptical about that the circumstances of the death. “I don’t believe it was suicide. … I think someone killed him. I don’t like to speculate. I’m not a conspiracy theorist,” he said.

The New York City medical examiner ruled after an autopsy that the death was a suicide and rejected suggestions that Epstein was murdered. Four months later, Schoen remained more than skeptical.

“I think that the definitive findings by the independent medical examiner I had attend the autopsy further support my view based on anecdotal evidence that Mr. Epstein did not commit suicide,” Schoen said to the AJT in early December. “Dr. Michael Baden is probably the most respected medical examiner in the world, and he has now said that after performing over 20,000 autopsies over more than five decades, he has never seen the injuries he saw in this case consistent with a suicide. These were injuries from someone crushing his throat.”

In November, two guards at the federal Metropolitan Correctional Center were indicted by a grand jury on six counts related to falsifying prison records, after allegedly spending time on the internet and in a common area some 15 feet from Epstein’s cell. Epstein was not checked on from approximately 10:30 p.m. on Aug 9 until about 6:30 a.m. the next day, when he was found dead.

Epstein had pleaded not guilty – and faced up to 45 years in prison if convicted – to a single count each of sex trafficking and conspiracy, as outlined in an indictment unsealed July 8 in U.S. District Court for the Southern District of New York. He had been arrested July 6 at a New Jersey airport when he returned aboard his private plane from Paris. At a July 18 court hearing, Epstein was denied bail. A trial date was expected to be set for 2020.

The New York indictment alleged that: “over the course of many years, Jeffrey Epstein, the defendant, sexually exploited and abused dozens of minor girls at his homes in Manhattan, New York, and Palm Beach, Florida, among other locations.” The indictment said that some of the girls were as young as 14 years old.

The indictment also stated: “In particular, from at least in or about 2002, up to and including at least in or about 2005, JEFFREY EPSTEIN, the defendant, enticed and recruited, and caused to be enticed and recruited, minor girls … to engage in sex acts with him, after which he would give the victims hundreds of dollars in cash. Moreover, and in order to maintain and increase his supply of victims, EPSTEIN also paid certain of his victims to recruit additional girls to be similarly abused by EPSTEIN.”

Schoen countered that contention. “I have sworn testimony a woman gave to the FBI to the effect that she sent many of the girls to Epstein and that he had one rule – no one ever underage. She told each girl, she swore under oath, that they better either be over 18 or have a fake ID because if he had any reason to believe they were underage he would throw them out,” he said in December.

Over the years, Epstein’s well-known friends included, at various times, President Donald Trump, former President Bill Clinton, former Israeli Prime Minister Ehud Barak, attorney Alan Dershowitz, and Prince Andrew, son of Queen Elizabeth (who has given up his royal duties “for the foreseeable future” because of his links with Epstein).

Four months later, “It remains shocking to me the number of people coming out of the woodwork to make claims now that he cannot defend himself and the number of lawyers making a cottage industry out of claims against Jeffrey Epstein,”

Schoen said. “I have never seen a case like this before in which the presumption of innocence was universally abandoned. I also do not understand the phenomenon of institutions giving back the millions of dollars he gave through his philanthropy. That money was intended to do good and it should be used to advance the good things for which it was intended. There is no evidence that he made money through illegal conduct.”

Schoen, who is an Orthodox Jew, said he discussed their common faith with Epstein. “We spoke about it a little bit. He was not observant. He was very proud of being Jewish,” Schoen said.