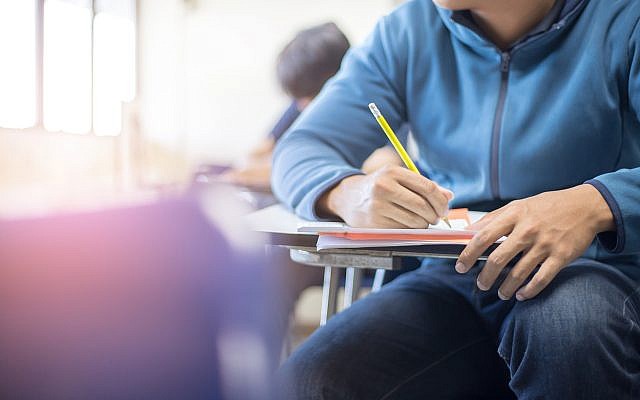 Students and educators discussed their thoughts on Jewish education’s successes and challenges.

In February, the AJT did a deep dive into some of the statistics behind education in Georgia, with a specific focus on where Jewish day schools rate as compared to other schools.

Through the research we found that in every testing category, The Weber School and Atlanta Jewish Academy high school were on par with the highest ranked in the state, both public and private.

As for the more human face of education, two local high schoolers, Carly Judenberg and Gabriel Weiss, shared their experiences in and beyond Jewish education.

Both attended Jewish day schools through middle school, but Judenberg left The Epstein School for Walton High School after eighth grade, while Weiss continued on to AJA.

Judenberg explained that she was looking forward to the new prospects and new faces that awaited her.

“I was really excited for the new experience because I knew that I would only know one or two kids going to Walton High School with me from Epstein. It really was an opportunity to be in a whole new environment,” she said.

Weiss explained that he thought he was best served by the smaller class sizes at AJA.

“Because it’s a smaller school it’s much more personalized, and I’m able to get the attention I need and to explore other things outside of school,” he said, adding that he’s known 15 of his classmates since sixth grade. “We’ve grown up with each other and it’s a very close group.”

Also at the core of the topic is the question of affordability, and three of Jewish Atlanta’s heads of school – AJA’s Rabbi Ari Leubitz, Weber’s Rabbi Ed Harwitz and Davis’ Amy Shafron — addressed the complicated subject in depth.

“We believe that families should pay what they can afford to pay and that’s based on income, number of children and a variety of factors,” Leubitz said. “Truth be told, that doesn’t mean that it’s still not expensive, but it becomes a value consideration.”

Harwitz articulated a similar concept, noting that Jewish education shouldn’t come at the cost of other opportunities.

“The core mission of Jewish education is that a family shouldn’t have to choose between a Jewish school and a camp or a synagogue,” he said. “These aspects are central to a child’s Jewish development, but also to the development and future of the Jewish people.”

Shafron explained that increasing education costs were an issue for all schools, not just Jewish day schools, but that those expenses were important, “especially in the context of the more personalized and individualized setting of an independent school,” she said.