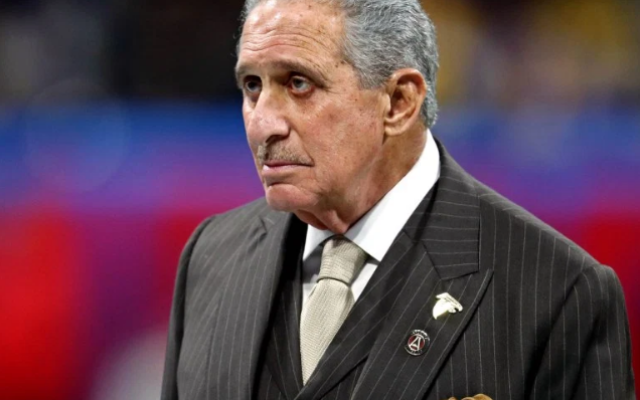 Arthur Blank faced disappointment again on the football field in 2019.

When we first wrote about Arthur Blank in 2019 it was to salute him as the AJT’s Entrepreneur of the Year. He was poised to host the 2019 Super Bowl at his lavish $1.5 billion Mercedes-Benz Stadium and he was also coming off a win in the Major League Soccer Championships for his Atlanta United team before a record crowd of over 73,000 fans in his stadium. Steve Koonin, the CEO of the Atlanta Hawks, then praised his accomplishments, saying, “Arthur Blank has raised the bar for sports and hospitality in Atlanta.From bringing home the MLS Cup to bringing the Super Bowl to Atlanta, Arthur deserves all the accolades possible.”

But, as the year ends, Blank is less than happy with the performance of his football team, which had their worst early season start in 16 years. As the season progressed, they were mathematically eliminated from playoff contention for the second year in a row.

But if the news on the field was disappointing, Blank was making spectacular news off the field. Just last month, the Arthur Blank Family Foundation announced a three-year, $6.8 million program with CARE, the international humanitarian relief organization based in Atlanta.

It’s the first large-scale international program for the foundation, which since its founding in 1995 has donated over $400 million to a variety of projects in education, civil rights and public interest media programming. The money will be used by CARE to help the organization avert humanitarian crises and support a village small saving and loan program for women in the African nations of Tanzania, Malawi and Nigeria. Blank will also be the honorary co-chair of a new Atlanta committee for CARE, which is part of a nationwide network to help women become agents of change.

As a holiday gift to documentary film fans back home, Blank is underwriting free screenings across America of the HBO documentary, “True Justice – Bryan Stevenson’s Fight for Justice.” It’s about an African American attorney in Alabama who has spent his career fighting for the release of death row inmates and others who have been wrongly convicted.