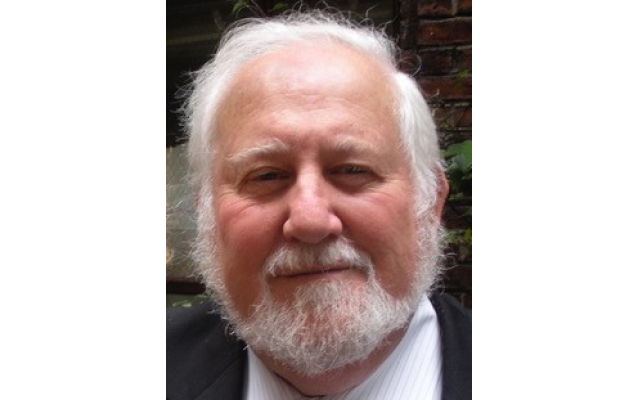 I read a remarkable book by Rabbi Noach Weinberg called, “48 Ways to Wisdom.” In one of his chapters, he asks the reader to make a list of the people you love: your spouse, your parents, your siblings, your best friends, or people you worked with. I picked four people for my list. You can pick yours.

Sophie: This woman was no great Torah giant, but she was steeped in Jewish tradition. Yiddishkeit ran in her veins; tradition pulsed through her body; family was the center of her attention; kindness was her trademark. She never met a person she did not like. She was too busy loving, too busy caring, too busy helping to hate.

Sophie made you feel important when you talked with her. She listened to you, really listened, and you always felt she understood. No matter what the problem, she was in your corner, supporting you, giving you comforting advice, making you feel just a little bit better. And always she made light of your problems. “Don’t worry,” she would say, “It’s okay. It will be alright.”

You did not say “no” to Sophie because she never said “no” to you. She never demanded, she never insisted, she never requested. She told you what needed to be done, when it needed to be done, made you feel that you would be doing a mitzvah, and you ended up doing it with a smile on your face. There was love in her heart for everyone, and, in turn, everyone loved her.

Max: This man was easygoing, soft-spoken, and always upbeat with a smile added to his very positive attitude. Max was never wealthy financially, but he was rich with love for his family, and with a willingness to help you before he would help himself. Max was a “MacGyver,” able to fix anything and often would fix things needing fixing without anyone asking.

For Max, everyone was his friend or, at worse, he understood the other person’s reasons, even for people who did not treat him well. Whatever the situation, he accepted it and moved on. You just had to love this guy.

Rowena: This lady grew up in her father’s store, and then in her husband’s store. She learned how to sell, and in her soft-spoken way, she could sell you almost anything because she was a master at sizing up people. Still, she always had a kind word for everyone. She was never angry, never critical of anyone, and yet she knew who she could trust and who she couldn’t. Rowena was always optimistic about life, supportive of her family and friends, accessible to everyone, welcomed easily by people who hardly knew her, and willing to grow and change even into her later years. Whatever you needed, you could count on her to help. You couldn’t help yourself, you loved her.

Dale: This guy was a visionary, a man who could see where the world was going and could make you believe that it was going to happen in the near future. He believed every word he said, which made him a salesman through and through. He loved the newest technology gadgets, and how they were going to change the world. Dale was a storyteller and when he spoke, you listened. It was difficult to argue against his vision because inevitably you knew he was going to be right. The only issue was when it would happen. He was often wrong on the timing, but never in doubt on the outcome. Over time, most of his visions turned out very nearly what he told you, but it took a great deal longer than he predicted. Still, you had to love the guy because he could see what very few people could.

The bottom line: Make your own love list; it’s a recipe for seeing and feeling love.