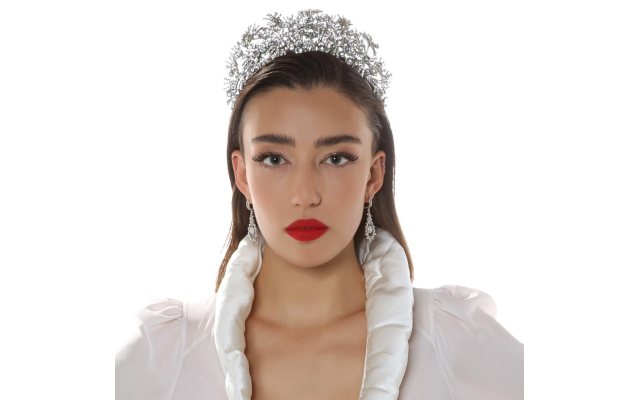 When the Miss Universe pageant broadcasted from Tyler Perry Studios Dec. 7, proud Jewish eyes were on Sella Sharlin from Israel.

Sharlin, who is from Moshav Beit Yitzhak, was crowned Miss Israel in March. Born in Boston, this stunning beauty is an Israeli Air Force pilot and triathlete. “Miss Universe represents strength, heart and beauty,” she told the AJT through phone and email correspondence. “I share and believe in those values. So, I decided to enter and compete. I really wanted to win, and I have worked very hard for it.”

Ultimately, the crown went to Miss South Africa at the pageant.
Enjoying the city, Sharlin visited Atlanta Botanical Gardens and the Georgia Aquarium. 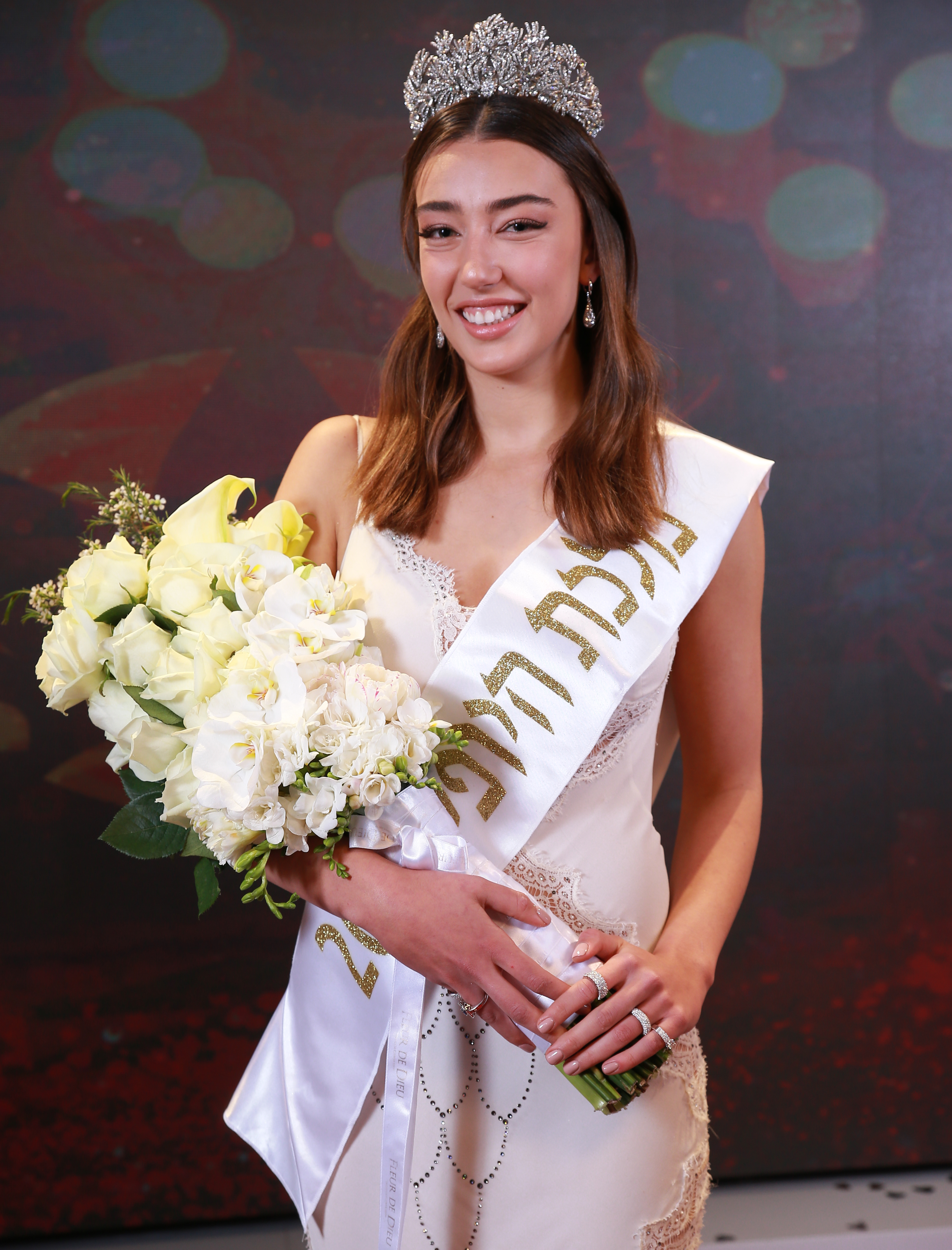 Photo by Abigail Ozi  // Miss Israel is a triathlete and only learned to swim to compete.

Read about the makings of a beauty with stealth and depth.

Sharlin: I was born in Massachusetts, so I am also an American citizen, but I moved to Israel when I was 1. My parents are eighth-generation Jerusalemites whose family first immigrated to Israel in 1745 from Vilna, Lithuania. My parents, who attended the pageant, are both dentists.

Jaffe: Do you serve in the IDF?

Sharlin: I was accepted into the Israeli Air Force pilot’s program and had the chance to pilot 15 flights. After this, I transferred to an all-male elite army unit and was the only female among 10 men in the training. I believe that the army is much more than war and peace. The army is about the pride of serving your country. It’s about taking yourself to the limit, growing and dealing with difficulties — like I did. Going to an elite unit only for men, I hope I will inspire many girls to do the same.

Jaffe: In past pageants, Arab contestants were criticized for being photographed {friendly} with Miss Israel. Have you experienced anything untoward?

Sharlin: Organizations like Miss Universe celebrate what makes us similar and everything that is beautiful about humanity. So I have a great friendship with [contestants from] many other countries like Bangladesh, Turkey, Egypt, Poland, and Germany. Miss Universe is about bringing people together and making the world a better place. 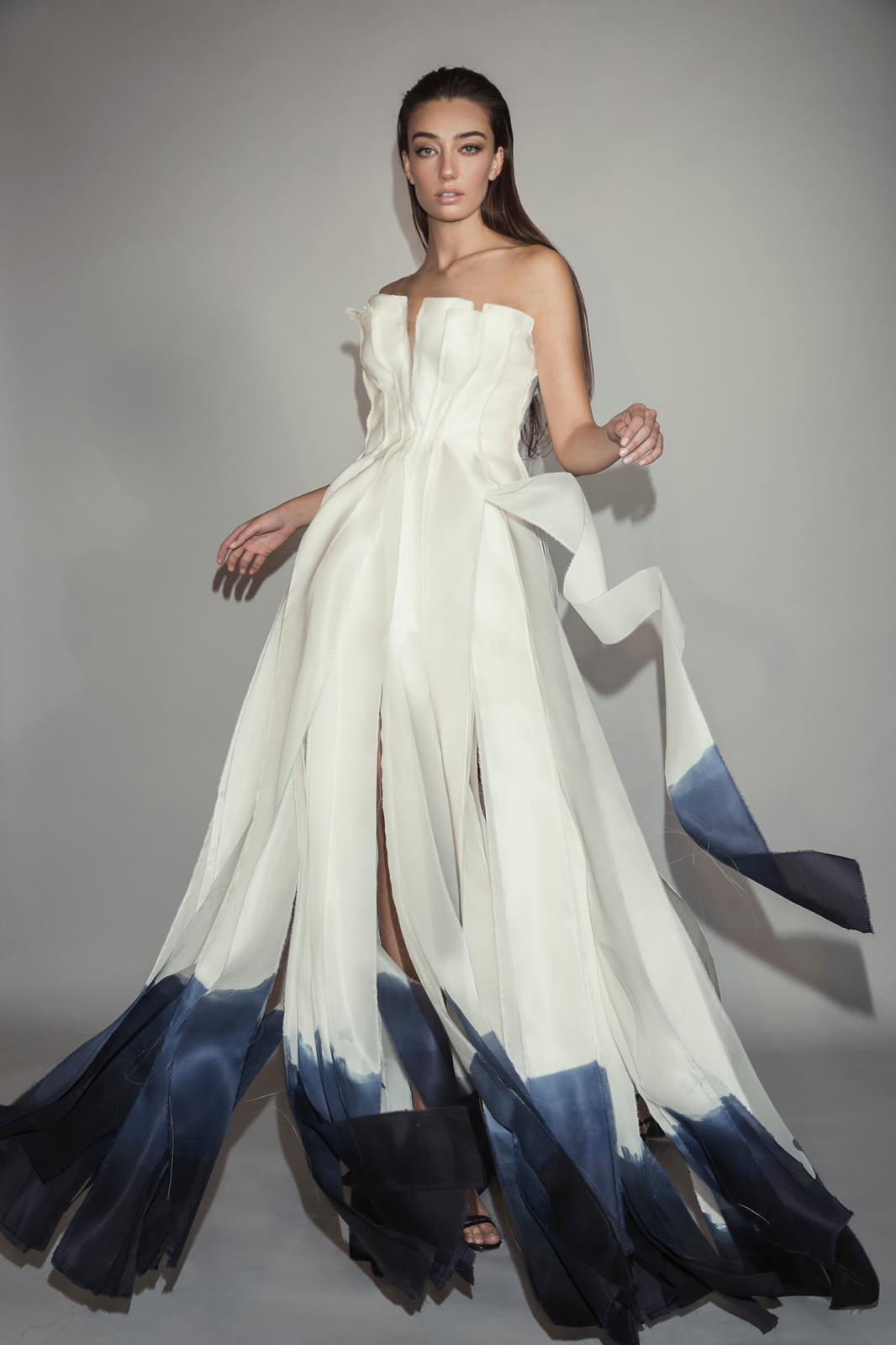 Photo by Dvir Kahlon// Sleeveless white dress with blue bottom was designed by Israeli Shai Shalom to cross the fancy with the understated.

Sharlin: It rests on the theme “there are no laws that make new laws” designed by Israeli Shai Shalom. Instead of a traditional and expected evening gown, he chose a design which is characterized by a connection between the tailor-made and the careless; between the elegant and the casual; between the fancy and the understated.

Sharlin: I trained as a professional triathlete for seven years. I participated in many national and international competitions. My main achievement was winning first place in the European Triathlon Championship in my age category. The first thing I thought crossing the finish line was: I can’t believe I didn’t know how to swim a few years ago! If I can do this, I can do anything. And if not anything, then certainly much more than I first believed. And not just me — we all can. We should all believe in ourselves and then work hard to get what we want. Triathlons represent endurance, hard work and commitment.

Jaffe: Where do you see yourself in five years?

Sharlin: I believe in helping underprivileged youth because they are the future. I will study at the IDC institution for leadership — because I feel that the world needs more people with this capability. My ambition is to inspire and influence others to challenge limitations in their lives and to reach new heights. At 23, I don’t know what my future holds. I do know I will always meet it head on with optimism and determination.

Much of children’s futures depend on whether they believe in themselves and if they realize the importance of hard work and dedication. 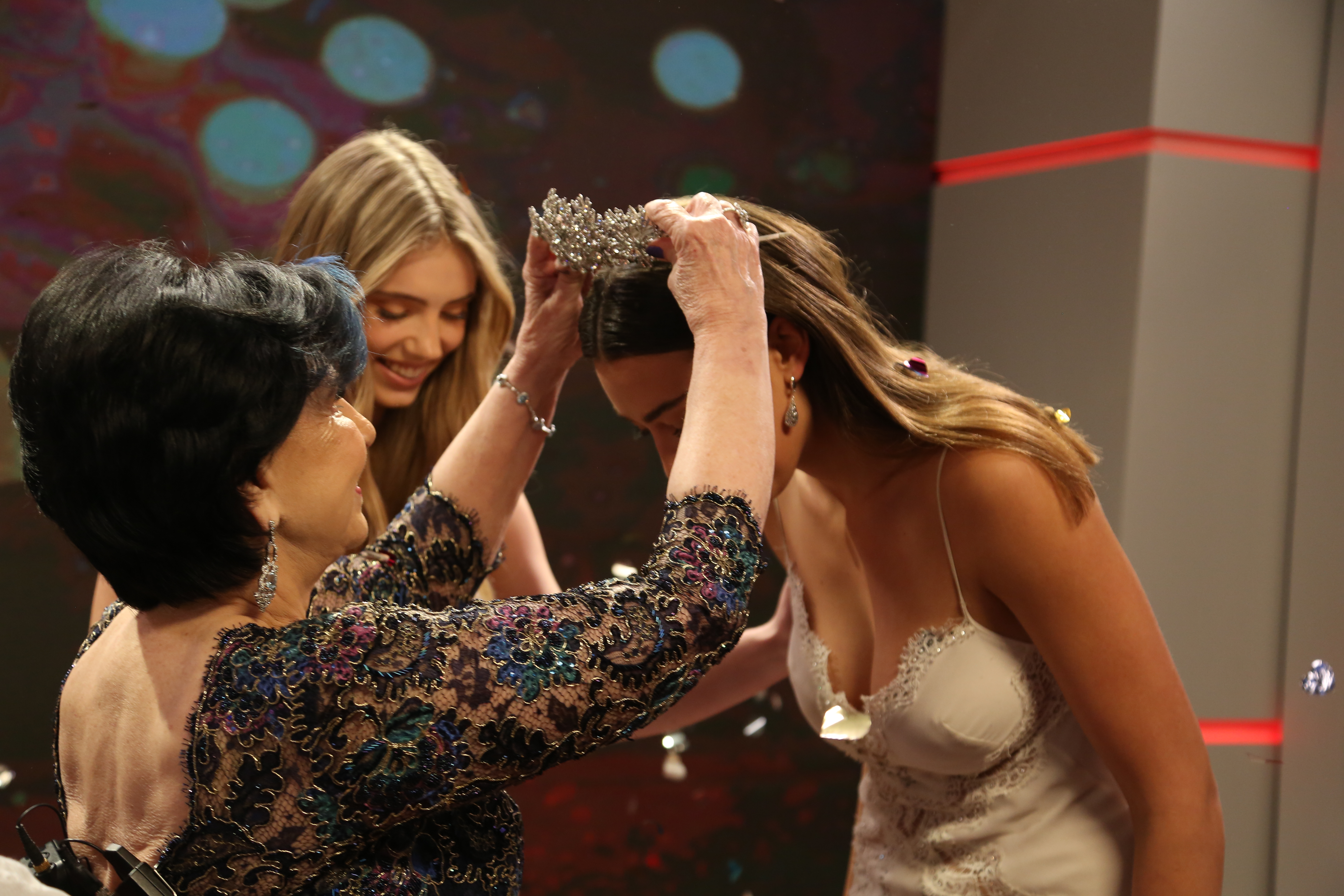 Photo by Abigail Ozi // Sharlin was crowned Miss Israel in March 2019. She is a ninth generation Jerusalemite.