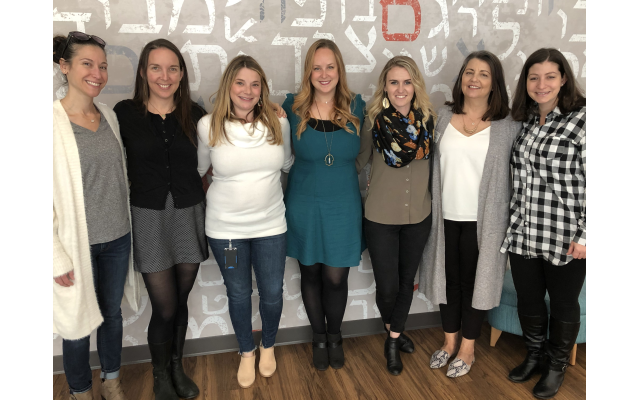 The new engagement cohort are, from left, Summer Jacobs and Rabbi Lydia Medwin of The Temple, Ashley Cohen of B’nai Torah, Miriam Habif of Ahavath Achim, Samantha Berinsky and Jaimee Boettcher of Temple Sinai and Heather Blake of Etz Chaim.

In an age of alienation, synagogues can be more than just a place for prayer. When a group of Atlanta synagogue engagement professionals began chatting at a Jewish Federation of Greater Atlanta event a few months ago, they were excited to realize they all had similar feelings about how to revitalize outreach and create a better quality of engagement for their members, who are craving personal relationships and community with other Jews. These professionals bonded and formed a working cohort that meets about every six weeks at alternating synagogues to learn about each other’s congregations, share tips, and grow a movement that’s breathing new life into the Jewish community.

Instead of the traditional method of member outreach that centers on programming, these synagogues are consciously shifting to a more relationship-oriented focus to make synagogues a true center of Jewish community. “It is more in response to a societal decline in lots of friendships and public relationships. I like to talk about it in terms of the third place,” said Rabbi Lydia Medwin, director of engagement at The Temple. “Throughout history we’ve always had our first place as our home and our second place as our work. There has always been a third place where we can go and be ourselves and relax and rejuvenate.

“In other cultures, there’s the tea house in China and the cafe in Italy – we don’t have a culture like that. The loneliness epidemic and the rise of social media that promotes a shallower quality [of relationships] – this is meant to act as an antidote. We’re hoping to create more of it.”

This idea is called “relational engagement,” and is a new field emerging in Jewish professional life. “Relational engagement being the notion that we use relationships as the central point of Jewish communal life,” Medwin explained.

The synagogues involved in the cohort include The Temple, Temple Sinai, Congregation B’nai Torah, Ahavath Achim Synagogue, and Congregation Etz Chaim, though they are very open to more joining. 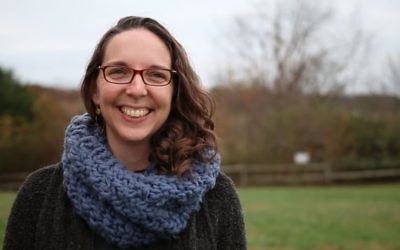 The Temple has already seen great success with this shift toward relational engagement. A major initiative for them is small groups. Facilitated by the synagogue, members form groups based around interests such as mahjong, gourmet cooking and Jewish discussions. “People are spending holidays together, they’re at The Temple more often. New members are integrated more quickly into the community,” Medwin said. “We have really invested in it. That’s just one initiative and there’s more to think about. Things as simple as asking people to wear name tags to make sure people have a chance to get to know one another. There are lots of other ways to do this work in addition to the deepest possible layer of it which is entering a small group.”

The Temple started the effort several years ago and already has dozens of groups up and running. This initiative, which has been a success at Temple Sinai as well, and should be launching at the other synagogues soon, is a major effort to create that community feel people are looking for in a synagogue.

“That’s been a big culture shift because it can be demographic based, interest based, affinity based,” said Samantha Berinsky, program and engagement manager at Temple Sinai. “You’re sharing something in common. It’s about being Jewish ‘and.’ By adding that extra layer, they’re walking away with that personal connection,” Berinsky said. “The response is great because people just want to feel like they’re heard, they’re seen, that they matter, that their synagogue is having an impact for them. The only response you’ll see is positive.”

Congregation B’nai Torah is looking forward to beginning small groups, as well. They have two pilot groups that are already running. One is called “Eating Explorers” and is geared toward moms of young children who want to try local international restaurants, and the other is called “Work from Home Lunch” for men who work from home to meet with each other at various restaurants. The rest of the groups will be officially soft launching in January. 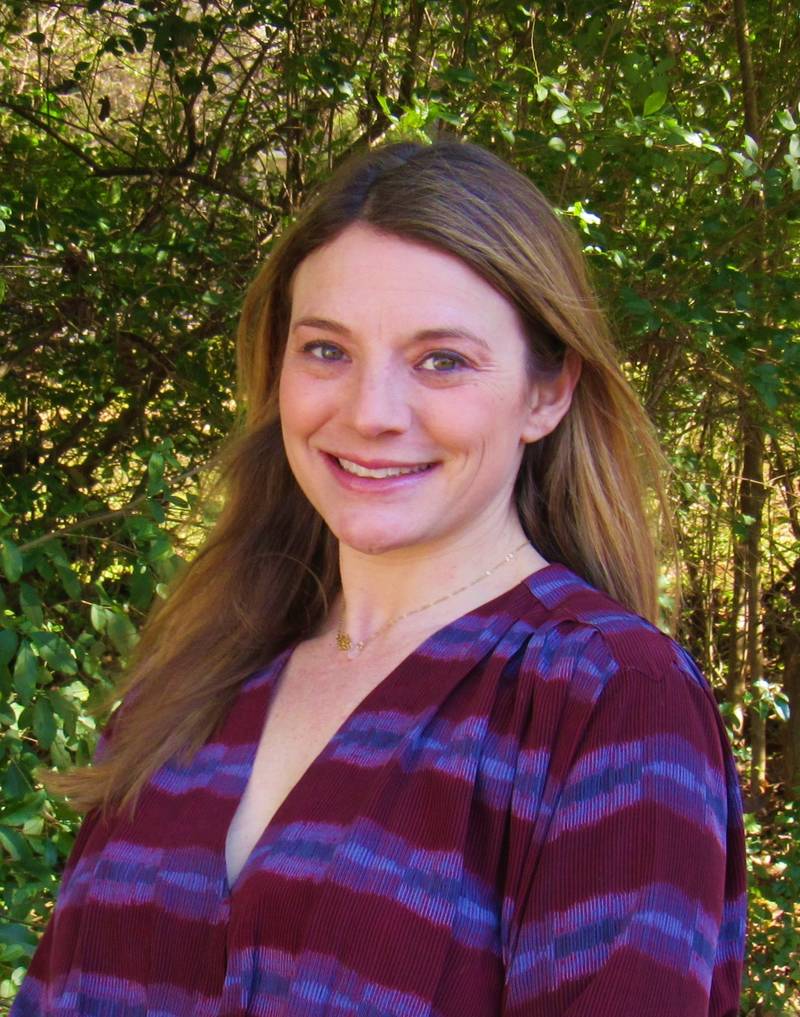 Ashley Cohen said synagogues are trying to think outside the box about outreach.

“We have nine or 10 groups that are ready to go,” said Ashley Cohen, B’nai Torah’s director of engagement and outreach. The upcoming groups will include couples’ dance lessons, challah for seniors and Atlanta brewery visits.

Each synagogue is different, which allows them to bring a unique perspective to the cohort. “We’ll laugh with each other about how one synagogue is off doing musical Shabbat with tambourines and dancing, and we are in a different place on the spectrum – traditional,” Cohen said. “I talk about our challenges, how do we offer what our congregants are looking for while still upholding our synagogue’s traditions and values? It makes me think outside the box.”

Though a change from the more conventional methods of outreach, Cohen thinks it’s exactly what the membership is looking for. “On the other hand, the congregation doesn’t realize they are itching for this type of engagement. I sent out a survey and the majority of the respondents’ answers were ‘I want to meet people, I want to have relational moments.’ I think that the congregation is definitely hungry for it.” 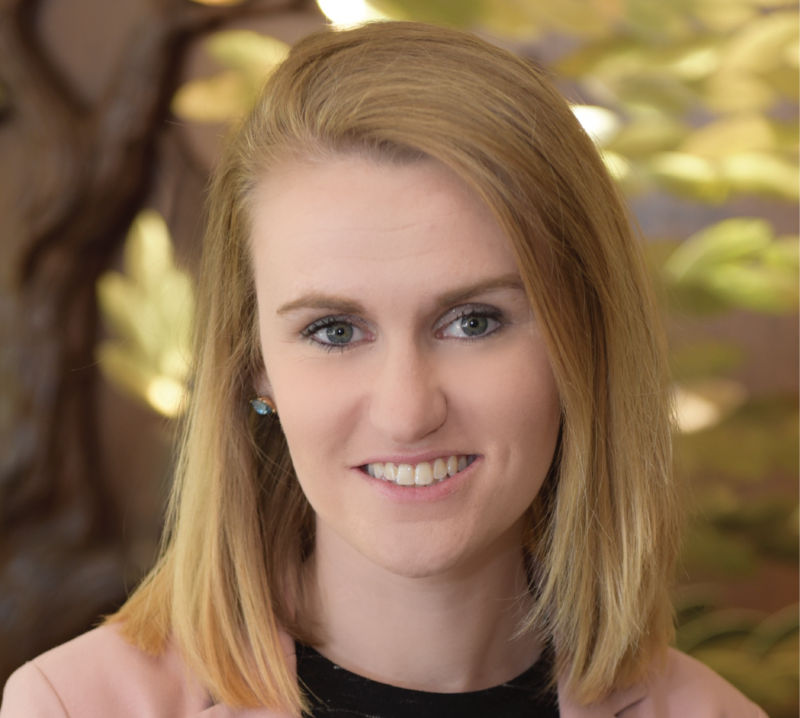 The synagogues that are currently involved aren’t responding to a decline in membership, but rather are trying to be proactive in building a community feel to meet their current members’ needs. “At the end of the day, it’s all about the feeling of connectedness,” Berinsky said. “We understand that people are looking for meaningful relationships and meaningful connections. Part of that is spirituality and part of that is in the different offerings we can give to our congregants. It’s kind of changing with the times, understanding that if we’re continuing to do things in the same way, there would be a decline over time.”

In addition to small groups, the cohort is looking to adapt other aspects of synagogue life to the philosophy. Temple Sinai is currently shifting to providing programs that are centered around different passions and interests rather than age groups, an initiative called Generation2Generation. This allows people of different ages opportunities to meet and form relationships, rather than the traditional age demographic-based programming. “We’ve been looking at ways of looking more into interfaith as well and providing more opportunities to interfaith [families],” Berinsky said. “Small groups have been a huge focus for the last couple of years. Now these are becoming self-sustaining, so it’s a look into what’s next.”

In addition to spreading a new, rejuvenating approach to synagogue life, the cohort has allowed previously disconnected parts of the Jewish community to come together and form relationships themselves. “We’re such a large Jewish community, and engagement in the synagogue world is where everything is being focused. … There’s so much out here in the community. We can learn best practices from each other. Instead of competing against each other, we’re coming together,” Cohen said. “I think this cohort allows us to create a similar message across the Jewish community.”

Berinsky said, “It’s so reassuring. It’s so nice to have other people in your shoes that understand the experiences. … This is uplifting of one another and supportive of one another. We are enhancing the entire Jewish community.”

The cohort hopes that other synagogue engagement directors will reach out to them if they have similar goals for changing how to engage members. Atlanta is at the forefront of how to think about reorganizing synagogues, and Medwin is involved with people in other cities to try to create a national movement. “It’s been really interesting to see the interest in it,” Medwin said. “Synagogues everywhere have shown a lot of interest in relational engagement. We really want to spread the word and see how far we can take these ideas about really putting people at the center of this work as opposed to programming. I think that’s what G-d would want us to do, you know? It’s pretty central to what Judaism is about.”