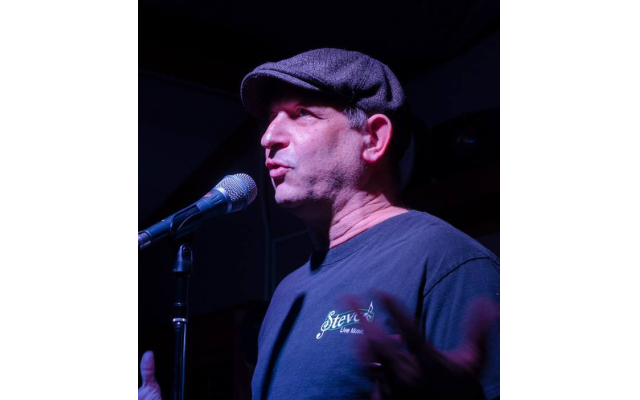 Perhaps best known for the now-closed Steve’s Live Music, Steve Grossman is  emceeing the Atlanta Jewish Life Festival, which brings together a diverse community he says mirrors his music taste.

“I love all kinds of music, everything from klezmer to bluegrass and folk,” he said. “Steve’s live music was holding over 10 shows a week, everything from jazz and Brazilian to flamenco, Cuban, rock and country.”

As for how he started his life in music professionally, Grossman says it happened after meeting a songwriter named Michael Levine.

“We became good friends and I caught the bug,” he said. “So I retired from UPS and opened a music venue, which is a pretty stupid thing to do — crazy but a lot of fun.”

After five years, Grossman’s venue eventually shuttered its doors, but that was certainly not the end of his musical aspirations.

“The goal was to build an appreciation of music in Sandy Springs. The music was great, but I realized I didn’t want to run a restaurant, which isn’t something I thought about when I was running a music venue. I ended up being the cook, and that was definitely never the plan,” he said, laughing.

Grossman still hosts concerts, though now in his own home rather than at Steve’s Live Music.

“Once every six weeks or so I bring in people from around the world and I have a music room that seats about 80 or 90 people,” he said. “I’ve also been booking music and going to some showcases to put some artists in regional theaters.”
Sandy Springs has also been a focus for him, particularly with the recent opening of the Sandy Springs Performing Arts Center.

“I’m actually booking musicians for a jazz series next year,” he said. “We also provide live jazz at The Select every Saturday night and have songwriters there every Friday night. Being retired gives me the chance to work the hours I want on the projects I want, if you can call that retirement.”

In discussing the state of live music in Atlanta, Grossman noted that some better-known venues have closed their doors in recent years, from his own to The Masquerade (which suffered construction damage at the end of 2019). Grossman maintained that music in Atlanta was a powerful force.

“New venues are opening up all the time too,” he said. “Venkman’s and The Vista Room opened up right around the time that I closed, and they have really taken off. And the size of Sandy Springs Performing Arts Center is going to allow us to bring live music to people in a much bigger way than has ever been possible in that area.”

Grossman, turning his attention to the AJLF, explained that he saw his role as a chance to provide some background information to those in attendance about the musicians featured.

“I’m a huge supporter of live music in Atlanta, so I will do anything I can to get people out to see these groups,” he said. “If it ends with you seeing them and don’t know anything about them or where to see them again, it doesn’t help anybody.”
This year, unlike last, will only feature one stage, right in the center of the Oceans Ballroom, and Grossman explained that music’s role at the AJLF was key.

“It’s central to pretty much everything, I mean, no one doesn’t listen to music,” he said. “It’s the background to life. It really is the core that brings people together. It’s a thing that everyone can enjoy together.”

Grossman also shared his advice for those in attendance, which stretched beyond music.