“In respectful memory of the thousands across America, denied justice by lynching, victims of hatred, prejudice and ignorance. Between 1880-1946, ~ 570 Georgians were lynched.” 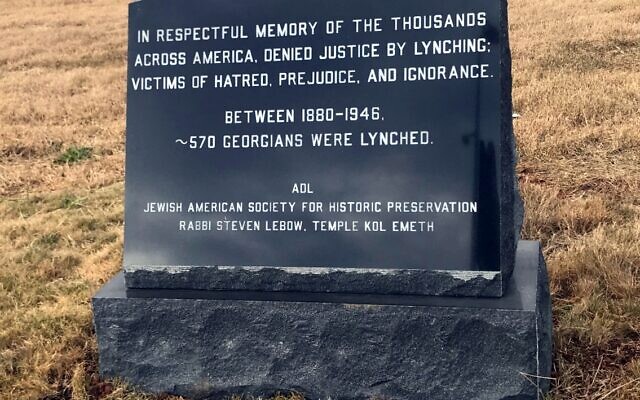 Eric Jacobson
For years, I accompanied The Epstein School, Solomon Schechter School of Atlanta’s seventh grade trip to Washington, D.C. One of my jobs was to recruit John Lewis to meet with the students, as I have worked with Representative Lewis many times through my position at the Georgia Council on Developmental Disabilities.  He never disappointed. As he sat among the middle schoolers,  he told his own story of struggle and connected with the kids when they shared tales of their grandparents and other relatives who had marched with him during the Civil Rights Movement during the 1960s.  He was a very busy man, but he never appeared rushed. Representative Lewis maintained rapt attention as they listened with fascination. It was especially gratifying for me when I was able to introduce my own children to one of my heroes; he signed personal copies of his graphic novel “March” for them both.  I think that Congressman Lewis inspired many of these students to become more involved in trying to create a better world for all people.

Lili Baxter
I first met John Lewis in 1979 when he was setting up chairs for a meeting at the King Community Center. I had just started working at The King Center and John was with the Voter Education Project.
Our paths crossed over the years, either when he was a regular speaker at King Center classes and conferences, or later when I volunteered in his campaigns for City Council and then for Congress. I’ll never forget driving him to the public access TV station on Euclid Avenue, John hiding in the front seat so he could practice debating Julian Bond before the bright TV lights.
John was always there: at Kroger’s, in restaurants, at community meetings, at The Breman Museum where I later worked. He could always be counted on to be there — unhurried, amiable, attentive, solid. I’ve come to believe that the universal outpouring of love for John at his death is due to his unconditional appreciation of each one of us, whatever our religion, race, gender or ethnicity. He valued all people; no one was his enemy. May we all be more like John Lewis. In Yiddish: Tsu zayn lichtikn ondenk. 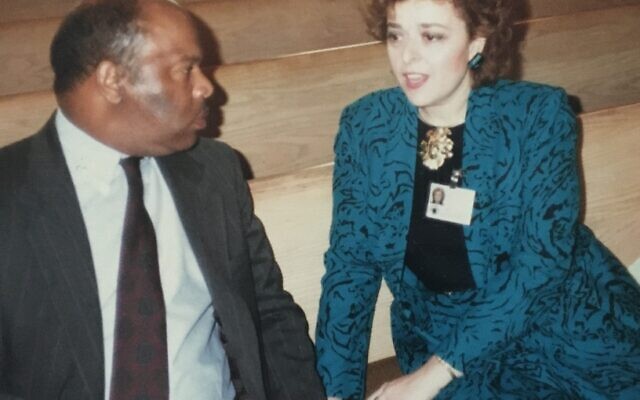 Joan Stuart
I met John Lewis in 1985. His remarkable spirit was palpable. We served on a YWCA of Greater Atlanta committee together, establishing programs to enhance the lives of women and children. His passion for nonviolent advocacy is unmatched. His life was a true blessing. May he Rest in Peace.