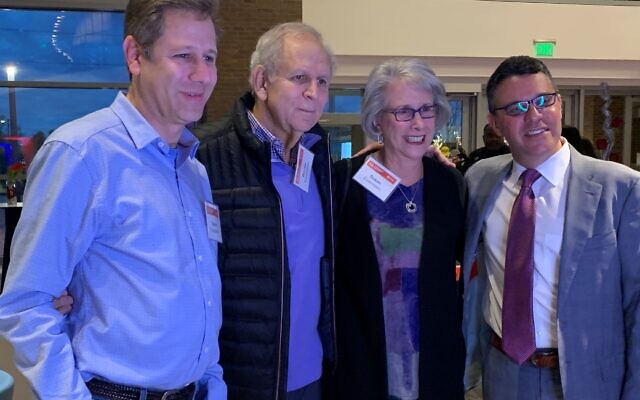 Steven Eisenstein of Classic Tents, along with Bernie and Susan Eisenstein, chat with Kenny Blank, director of the AJFF, about the night’s line up. Steven’s company helps AJFF events with the set up.

It’s a panoply, buffet, smorgasbord of choices that only Sundance revelers could mimic.

As they ask at the Varsity, “What’ll you have?” Romcoms, drama, documentaries, classics, shorts, narratives, dancing, or chasing a polar bear under water. The crescendos of Jewish life will soon be exposed for our viewing pleasure at the 2020 Atlanta Jewish Film Festival Feb. 10-27. The Jan. 9 preview party for the 20th anniversary film festival, “Years of Storytelling,” was teased at the Sandy Springs Byers Theatre, one of the main venues of the festival. 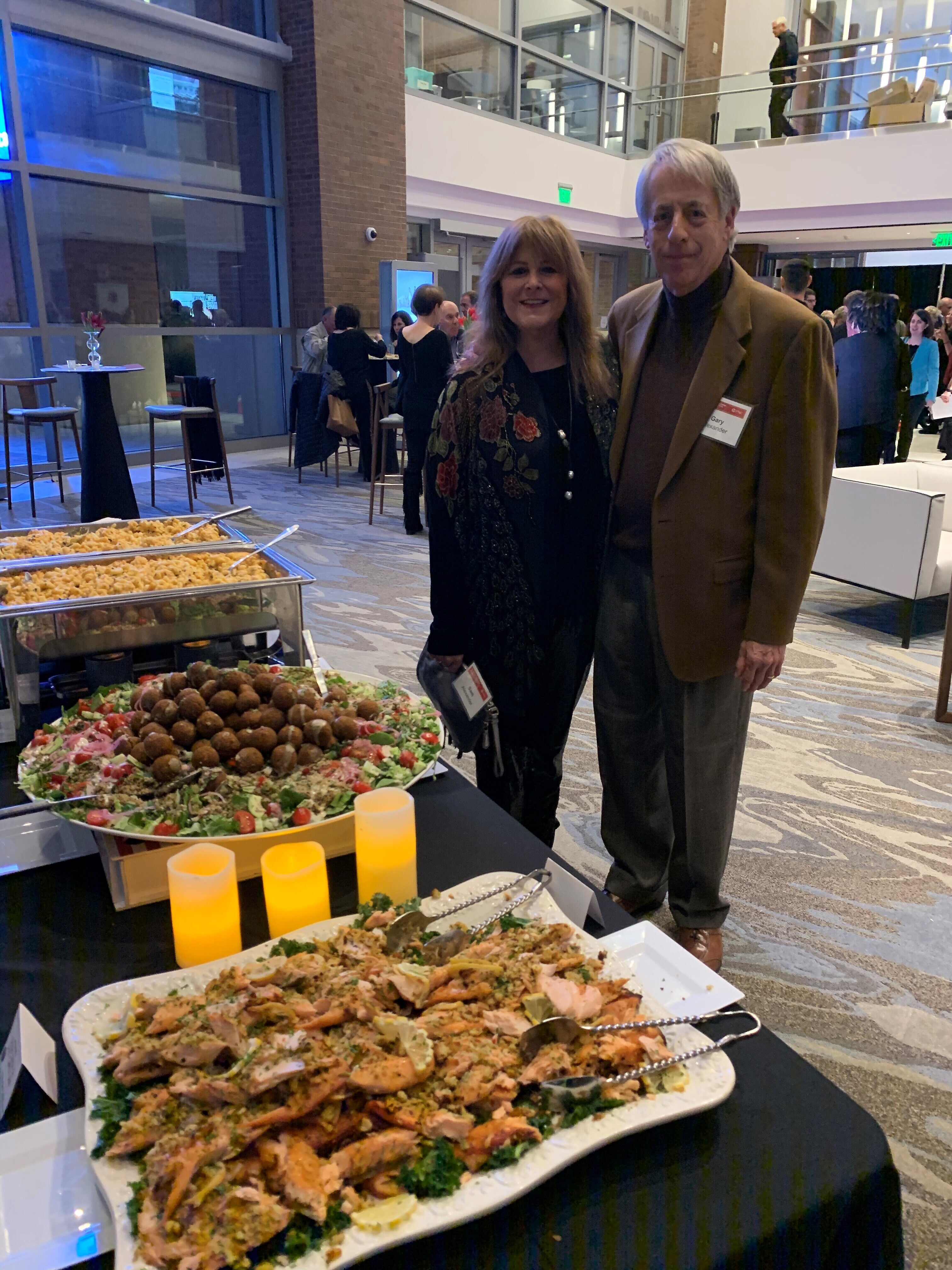 Longtime AJFF fan Tom Asher said, “My wife and I are some of the best amateur movie experts and major fans. I can’t wait to see this year’s highlights.” Opinions blossomed and multiplied. From the Alexanders: Sam, who saw 23 movies as a screener, said “The best movie I recall was ‘The Cakemaker.’” Gary said, “I only like movies that make me cry.”

Director level sponsors Linda Schear, attending with husband Abe, said, “We started sponsoring years ago when our children were young. We wanted them to be proud of being part of the Jewish community and see that on the screen.” AJFF Board Member and Coca-Cola Olympic Executive Dina Gerson claimed, “There is something for everyone, but I like the sports and rom-coms.” 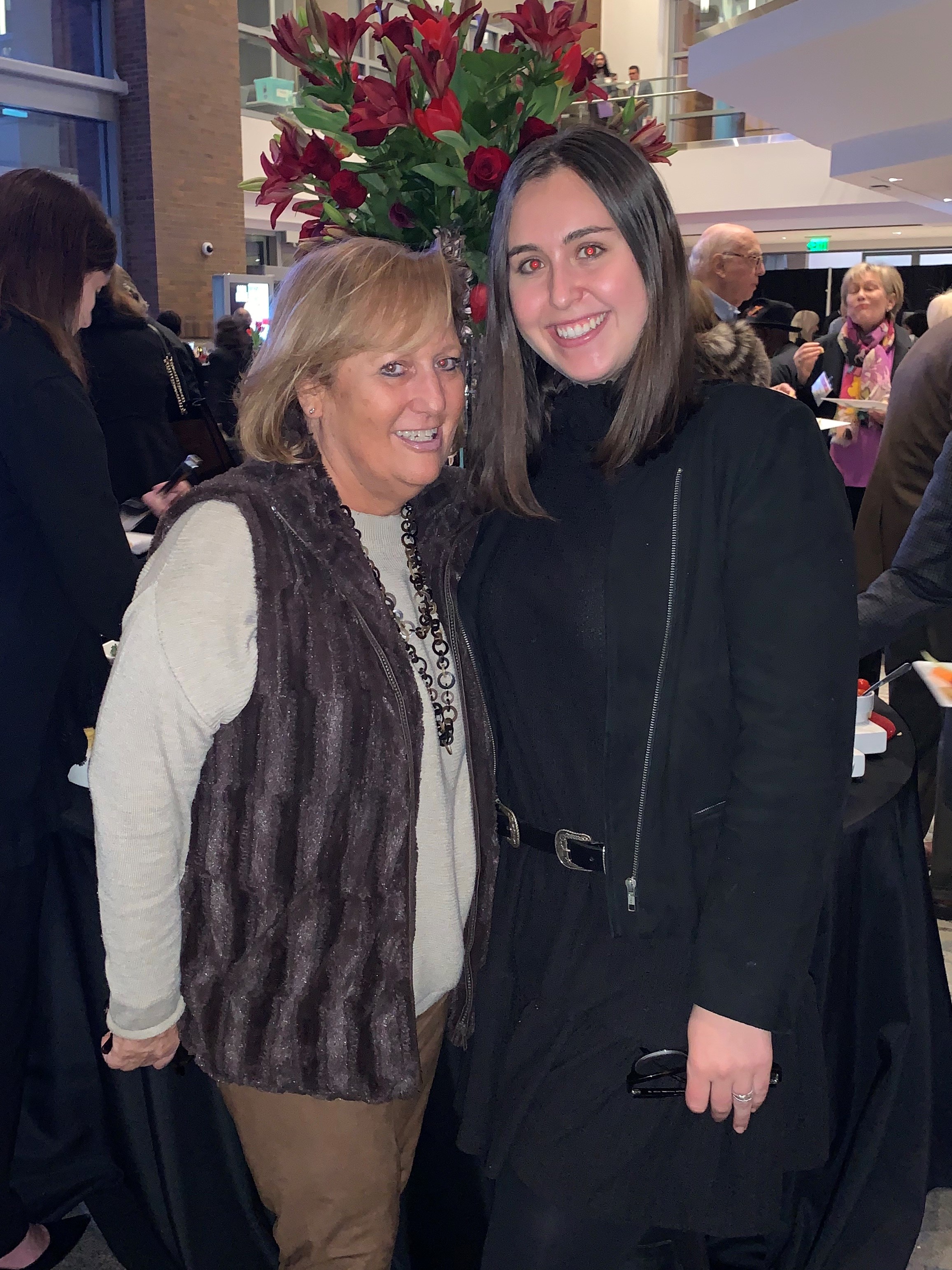 Steve Labovitz, along with wife Sheri, were each chair for three years in a row beginning in the second, then the fifth year of the festival. He remarked, “I’m proud of what the festival has become for the Atlanta Jewish community. I’m amazed at what the staff and Kenny Blank have accomplished beyond my wildest dreams in terms of educational and cultural growth and the building of community. Certainly, having these dialogues stemming from film is part of the original mission of the AJC.”

Moving into the auditorium for the program carried over the party atmosphere. Jason Evans, film evaluation co-chair, was a cordial and animated host. À la Oscars, he reached into the audience for spotlighted comments from Blank, who recognized the staff, Max Leventhal, Dr. Matthew Bernstein and eponymous Ken Byers. Music emoted as Joe Alterman’s trio played a touching “Bridge Over Troubled Water,” which complemented a discussion about race and religion with former U.N. ambassador Andrew Young and retired rabbi Alvin Sugarman of The Temple. The film for opening night was announced, featuring locals Rabbi Peter Berg, Sherry Frank and Congressman John Lewis, “Shared Legacies: The African American Jewish Civil Rights Alliance,” a documentary and world premiere, also including actor Lou Gossett Jr., members of the King family and many others.

Ever gracious Martha Jo Katz enticed the audience to attend the upcoming “best party of the year” opening night Feb. 10 at the Cobb Energy Center. Katz shared the list of gourmet restaurants and vendors committed, along with some special new ones. 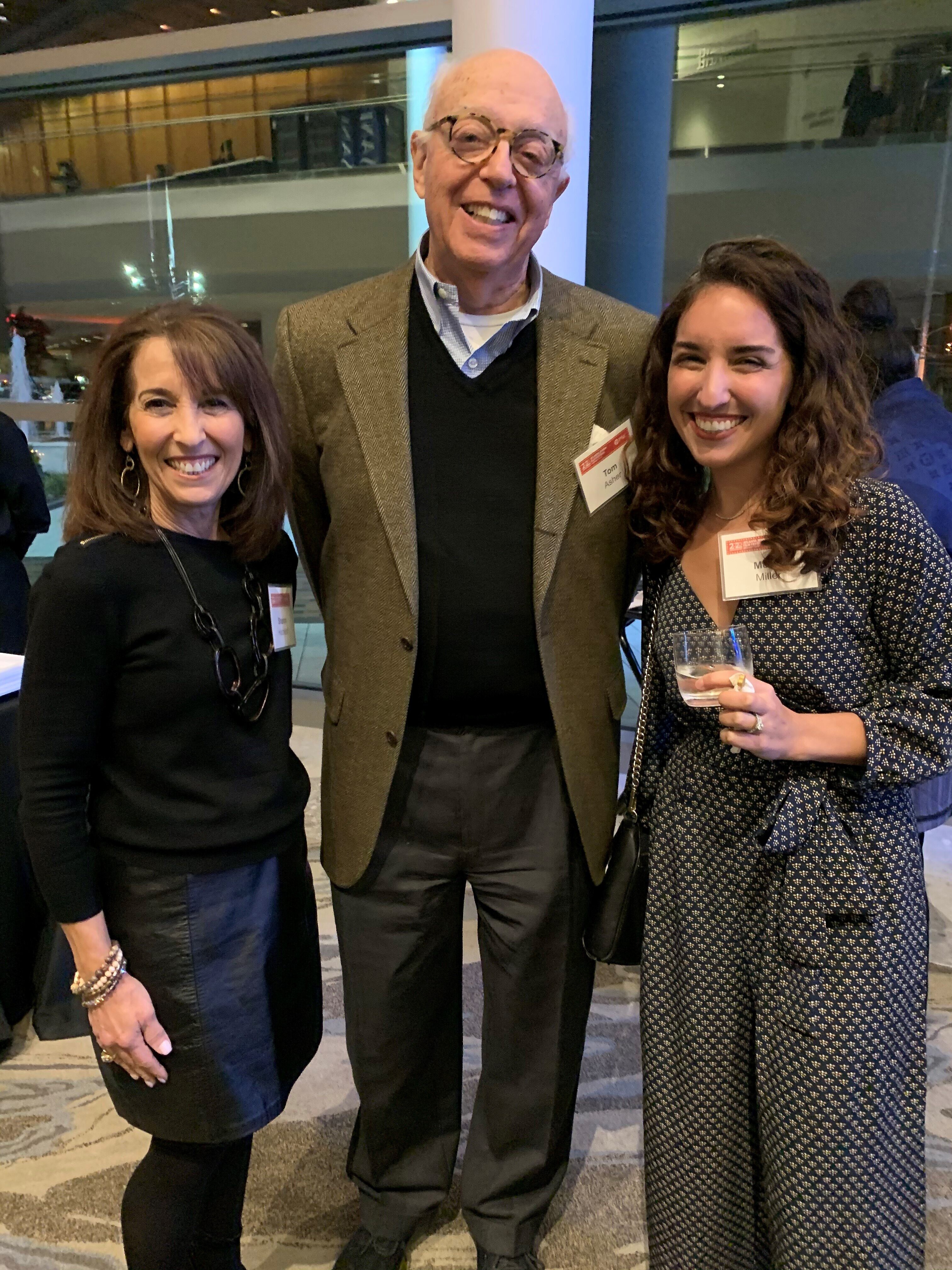 The “party” continued as patrons munched on goody boxes of popcorn and chocolate, not to be outdone by huge bouncing world globes tossed about in the auditorium to mirror a scene on the screen from the Charlie Chaplin 1940 film portraying “The Great Dictator,” one of the classic films in the lineup.

The steaming hot highlight of the show was a mambo dancing couple in tandem with the movie “The Mamboniks,” a documentary where Jewish soul and Cuban song meet on the dance floor. This was described in the program as” hot blooded, sultry and infectious, … with the dances’ popularity in neon-splashed New York and the art deco hotels of Miami Beach and the resorts of the Catskills.” Who can resist that?

Other “must-sees” are “Abe,” the story of a young boy with one Muslim and one Jewish parent as he navigates his bar mitzvah and passion for cooking, Billy Crystal in “Standing Up, Falling Down,” the Young Professionals Night feature, “The Keeper,” about a decorated ex-Nazi turned soccer superstar, and “Picture of His Life,” a documentary about a daring Israeli underwater photographer.
This just scratches the surface. Truly like a box of chocolates.