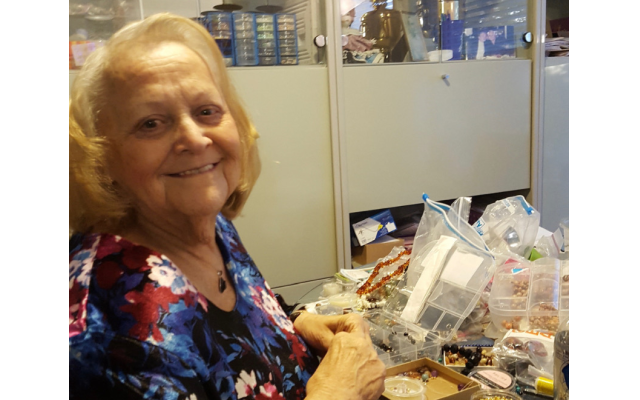 Esther Izenson Steiner passed away Dec. 15, at the age of 81. Esther was born in Pittsburgh in 1938. She attended Taylor Allderdice High School. She was married to Edward Steiner and they raised their three children in Pittsburgh, briefly in Boston and finally in Atlanta, where she lived for almost 50 years. Esther was funny, funny, funny and loved crafting and singing. She loved her dogs, and she adored her grandchildren.

Her first job in Atlanta was at Solo Foods, then she worked in property management for Tempo Properties for almost 20 years. Everyone who met Esther was touched by her warmth, caring and her charm. She completely lived up to her name “Queen Esther.” Esther Izenson Steiner was the daughter of the late Nathan and Tilly Izenson. She is survived by her daughter, Sharon (and Mike) Levison, Bernie (and Lee) Steiner and Stuart Steiner. She leaves behind her loving grandchildren, Andrew (and Maayan) Levison, Cari Levison, Naomi Levison and Will Steiner.

In lieu of flowers, donations may be made to the Atlanta Humane Society. Funeral services were held Dec. 17 at Dressler’s Chapel. Interment followed at Crest Lawn Memorial Park. Arrangements by Dressler’s Jewish Funeral Care, 770-451-4999.