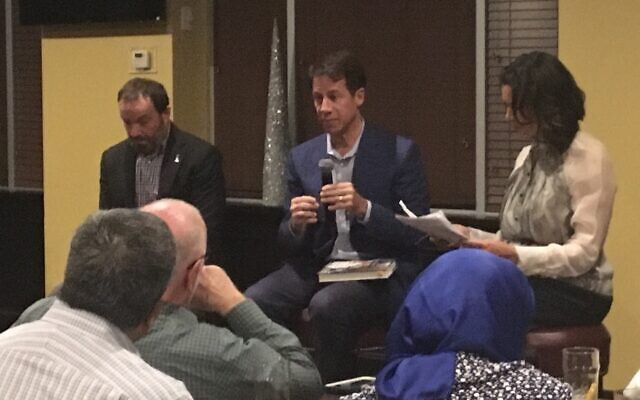 Kent Alexander and his co-author, Kevin Salwen, spent five years researching their recently released book about the bombing at the Atlanta Olympic Village during the 1996 Olympics.

Their book, “The Suspect: An Olympic Bombing, the FBI, the Media, and Richard Jewell, the Man Caught in the Middle,” published last month, coincides with the release of the film, “Richard Jewell,” produced and directed by Clint Eastwood. It premiered in Atlanta Dec. 13.

The book details how Jewell, a lowly Olympic security guard on late night duty, quickly alerted authorities about a suspicious backpack he had found. His help in clearing the area around the suspected bomb is credited with saving countless lives before it exploded, killing one person and injuring over a hundred. 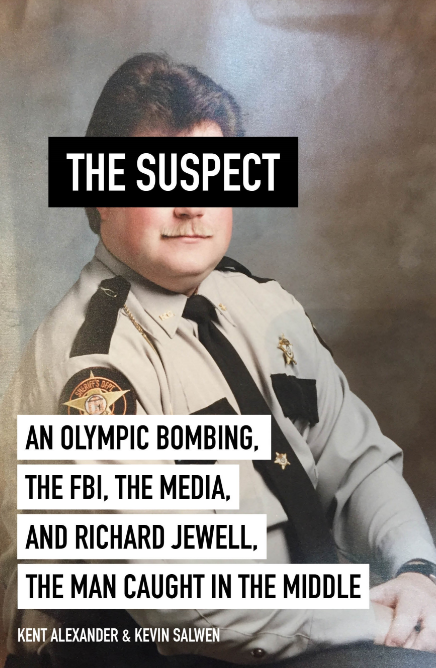 Yet within three days, Jewell was transformed from a genuine hero into an all-but-convicted thrill-seeking criminal. Much of the responsibility for that, according to the book, falls to an overzealous press and a bumbling law enforcement agency intent on wrapping up a complex case in record time.

The two authors discussed their findings at a program Dec. 9 sponsored by the Atlanta Press Club. According to Alexander, who was the U.S. Attorney in Atlanta during the 1996 Olympics, the book is an attempt to tell the story as dispassionately as possible.

“We don’t moralize,” he told his Press Club audience, “we lay out the story and we let people draw their own conclusions.”

Alexander, whose family has long played an important role in the life of Jewish Atlanta, was a consultant with Salwen on Eastwood’s new film about Jewell.

Both the film and the book discuss how Jewell’s life was upended 72 hours after his heroic act, when the Atlanta Journal-Constitution published a headline that read “FBI Suspects ‘Hero’ Guard May Have Planted Bomb.”

A psychological profile leaked by the FBI concluded that the bomber was someone who purposely planted the device so that he could discover it and be hailed as hero. The Constitution wrote that “Richard Jewell … fits the profile of the lone bomber.”

After a thorough investigation, Jewell was cleared, but there were many who felt that the newspaper had acted precipitously and had savaged an innocent man’s reputation.

Alexander told the Press Club audience, several of whom had worked for the Constitution during the Olympics, that the newspaper action raises some fundamental issues.

“There are interesting questions about facts and truth,” Alexander said. “The fact is that Richard Jewell was the lead suspect of the FBI at that moment, but the broader truth is, did Richard Jewell commit this bombing? It’s a different question, and that was not the question that was considered at the time the AJC made the decision to run the story.”

On Dec. 10, Cox Enterprises, which owns the AJC, threatened Eastwood, Warner Bros. and several others associated with the film with legal action if they didn’t acknowledge that “some events were imagined for dramatic purposes.”

Specifically, the paper is said to have taken issue with the film’s portrayal of a female reporter at the paper offering sex to a federal agent in exchange for a front-page headline.

Jewell sued Cox and the paper after he was cleared, but the company never admitted to any wrongdoing, and 16 years after Jewell was named in its stories, the Georgia Supreme Court ruled in 2012 that the paper was not at fault.
Jewell also sued NBC, the New York Post, and CNN, all of which settled out of court.

At the Press Club program, Tom Johnson, who was president of CNN during the Olympics, said the network paid out $250,000. But he admitted that he felt “absolutely terrible about what we did to Richard Jewell, ” and that it is “something I will take to my grave.”

Johnson said, “We staked out his home. We followed him everywhere. I mean if you look at what we did, and I don’t think we ever crossed the line to say he was the one, but the preponderance of all our coverage was that he had been the bomber, that he was the bomber.”

As for the book, Alexander is pleased with the reception it has gotten from those closest to the story. Woody Johnson, the special agent in charge of the FBI’s Atlanta office, told him that he was glad the FBI’s story, even though it was painful, was finally told. The present editor of the AJC, Kevin Riley, was compli mentary as well, and called the book, in Alexander’s words, “an accurate account of what happened at the paper.”

But the one who was perhaps most pleased was Jewell’s wife, who witnessed much of the personal suffering he experienced until his death in 2007 at the age of 44.

“I always told Richard that I would tell his story” Alexander quoted her as saying, “but I put my faith in you guys and you really came through.”