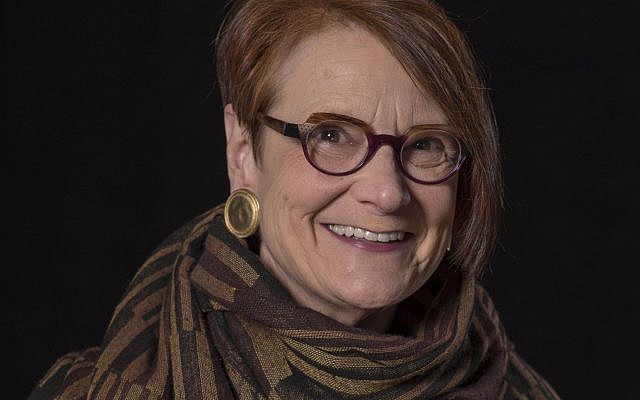 Gordon, who had been hailed for her work as director of the Rialto Center for the Arts at Georgia State University since 2003, took charge of the Breman Museum in February.

By year’s end, hints of her strategy to increase the Breman’s visibility, within and outside of the Jewish community, were evident.

“I hope to build on the great foundation that’s already been laid,” Gordon told the Atlanta Jewish Times in January.

Several months earlier, the Breman’s board had approved a five-year plan that called for the institution at 18th and Spring streets “to transition into a role as a cultural center and gathering place for the community, while retaining its primary role as the Southeast’s repository, caretaker, and storyteller of Jewish history, including the Holocaust.”

In November, the Breman partnered with First Congregational Church of Atlanta and the Atlanta Jewish Music Festival to sponsor a program at the church, a discussion about Jews, African Americans and popular music, featuring musician and author Ben Sidran with the Rev. Dwight Andrews, himself an accomplished musician.

In her introduction, Gordon called the event an example of “taking the Breman on the road.”

In the 2016 Jewish community survey conducted by the Jewish Federation of Greater Atlanta, 30 percent of respondents described themselves as being very familiar with the Breman, 46 percent somewhat familiar, and 19 percent not at all familiar. The Breman is home to the Weinberg Centre for Holocaust Education and the Cuba Family Archives for Southern Jewish History, and also hosts cultural events and temporary exhibits.

Gordon is a Savannah native who grew up attending Congregation Bnai Brith Jacob, then led by Rabbi A.I. Rosenberg.

Her career in arts management began in 1985 as director of cultural affairs for her hometown. She moved to Atlanta in 1992 as a producer of the Cultural Olympiad, four years of arts and cultural programming that preceded the 1996 Olympic Games. Gordon was artistic director for the 1997 Arts Festival of Atlanta and manager of humanities and education for the 2000 and 2002 editions of the National Black Arts Festival.

The Breman is the largest tenant at the three-acre property owned by the Jewish Federation of Greater Atlanta, which is considering both renovation of the existing facility and possibly new construction at the site.