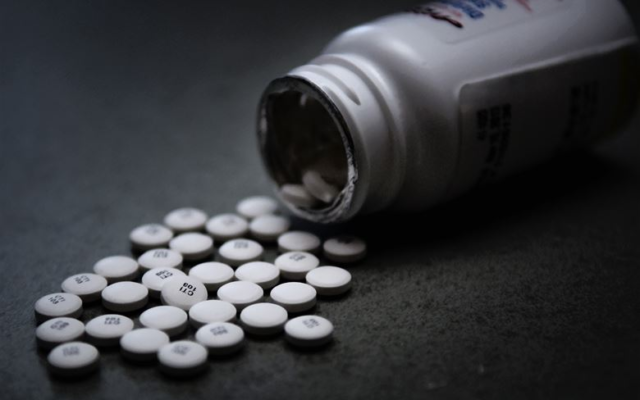 The opioid crisis is a national problem the federal government is trying to address.

In December, the AJT reported on the dangers of social media addiction among youth and the stigma surrounding addiction more broadly in the Atlanta Jewish community.

Atlanta’s Jewish teens were urged to “look up” and spend less time on their phones and other electronics. This advice was part of a new program by JumpSpark to limit the time teens spend on social media to combat social media addiction.

JumpSpark Director Kelly Cohen started the program to create an open dialogue between teens and their parents over social media.

At three programs held at The Temple, Temple Sinai and JumpSpark offices in Sandy Springs, teens and their parents discussed a problem that is getting increased attention by mental health professionals.

The hold social media exerts over teens is increased by the need teens have to be accepted by their peers, according to Dan Arnold, director of clinical service at Jewish Family & Career Services in Atlanta.

“Social status and connectedness are hallmarks of the adolescent struggle, and the prevalence of social media compounds the issue. Whether it is cyber-bullying, the lack of privacy or trying to keep up with the Joneses – or Kardashians – the impact of social media and the related pressure can be extremely damaging.”

Scilla Andreen, a filmmaker who created a documentary called “Like” about the effects of social media on young people, spoke to participants in the JumpSpark program.

The AJT also examined the stigma of addiction in the Jewish community and the advances that have been made by Jewish mental health organizations in Atlanta. “I think one of the most powerful ways that we can address stigma is by telling our stories,” said Leslie Lubell, program manager of Helping Atlantans Manage Substance Abuse, or HAMSA, a program of Jewish Family & Career Services.

Lubell shared her own story about her addiction recovery and cooperation with other Jewish addiction organizations. “While I believe the Atlanta community is much further along than two years ago, many people still aren’t ready to talk about mental health and substance abuse,” said Justin Milrad, co-founder and president of The Blue Dove Foundation.

Since the article, The Blue Dove Foundation hosted an event Dec. 9 called #QUIETINGTHESILENCE at The Temple, featuring a panel of people who shared their stories about addiction. The attendees discussed topics around mental health and substance abuse. They are planning to release a book in the spring that shares stories of people in recovery.

According to Daniel Epstein, director of client care for The Berman Center, the Jewish community is beginning to move in the right direction. “I’ve seen a substantial shift over the past two years,” he said. “When I first moved to Atlanta, there was just this thick denial or underplaying and an unwillingness to acknowledge what’s going on. For various reasons, and one was the increase of programming from Jewish organizations around mental health, they’ve started to increase exposure and reduce stigma.”