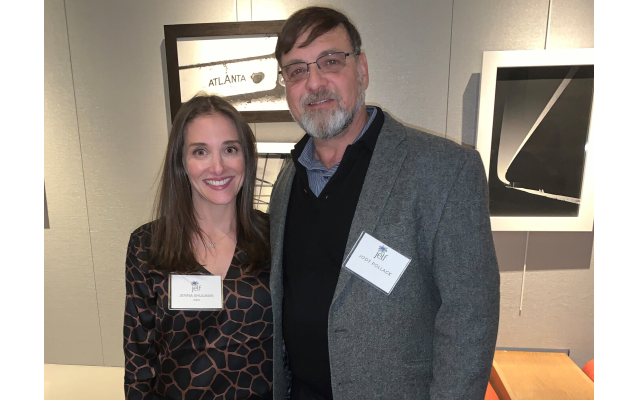 Jewish Educational Loan Fund held its 2019 annual meeting Dec. 3 at Le Meridien Perimeter. JELF CEO Jenna Shulman reported that 2018 was JELF’s most profitable year ever, and she could not have imagined 2019 being as strong. “We packed The Roxy with over 600 guests, held several community events, including a Young Professionals event at Bogartz, added four new staff members, and were awarded a transformational gift from The Marcus Foundation, which is now allowing us to invest in ourselves in a way that JELF has never been given before.”

Shulman went on to say that 2020 will usher in a new student portal with a modern platform, easily navigable for student applicants and repayments.

A d’var Torah by Rabbi Steve Lebow of Temple Kol Emeth characterized the organization, saying, “JELF takes money and turns it into mitzvahs. As Maimonides taught, there is no other mitzvah than teaching independence.”

Outgoing board president Stan Lowenstein spoke about JELF’s momentum and new record of serving 296 students and exceeding $1.2 million in interest-free loans over five states. “Shulman is amazing, and our volunteers make our organization look incredible each day.”

Philip Rubin shared his JELF story growing up off of Buford Highway in a divorced family. Tragically, his father was killed in a car accident just before Philip was to begin college at the University of Florida, leaving him in the position of scrapping together jobs like cleaning the fraternity kitchen and borrowing from JELF. “I finished law school and promptly paid back the JELF loan. I am now JELF’s biggest fan – and very proud to be a JELFie.”

Rob Rickles, a JELF past president as well as former recipient, presented the Garber Family Honor Roll Award to board member Donna Freedman and touted her “undeniable impact.” A video of Freedman further explained her role in leading JELF’s Loan Program Committee over the past three years.

Nancy Galanti and Joanne Birnbrey received the Steve & Eydie Koonin Family Service Award presented by Amy (Koonin) and Michael Taylor. Galanti and Birnbrey both serve on the board of directors and have co-chaired the last four major JELF events, which have helped the organization become a household name. 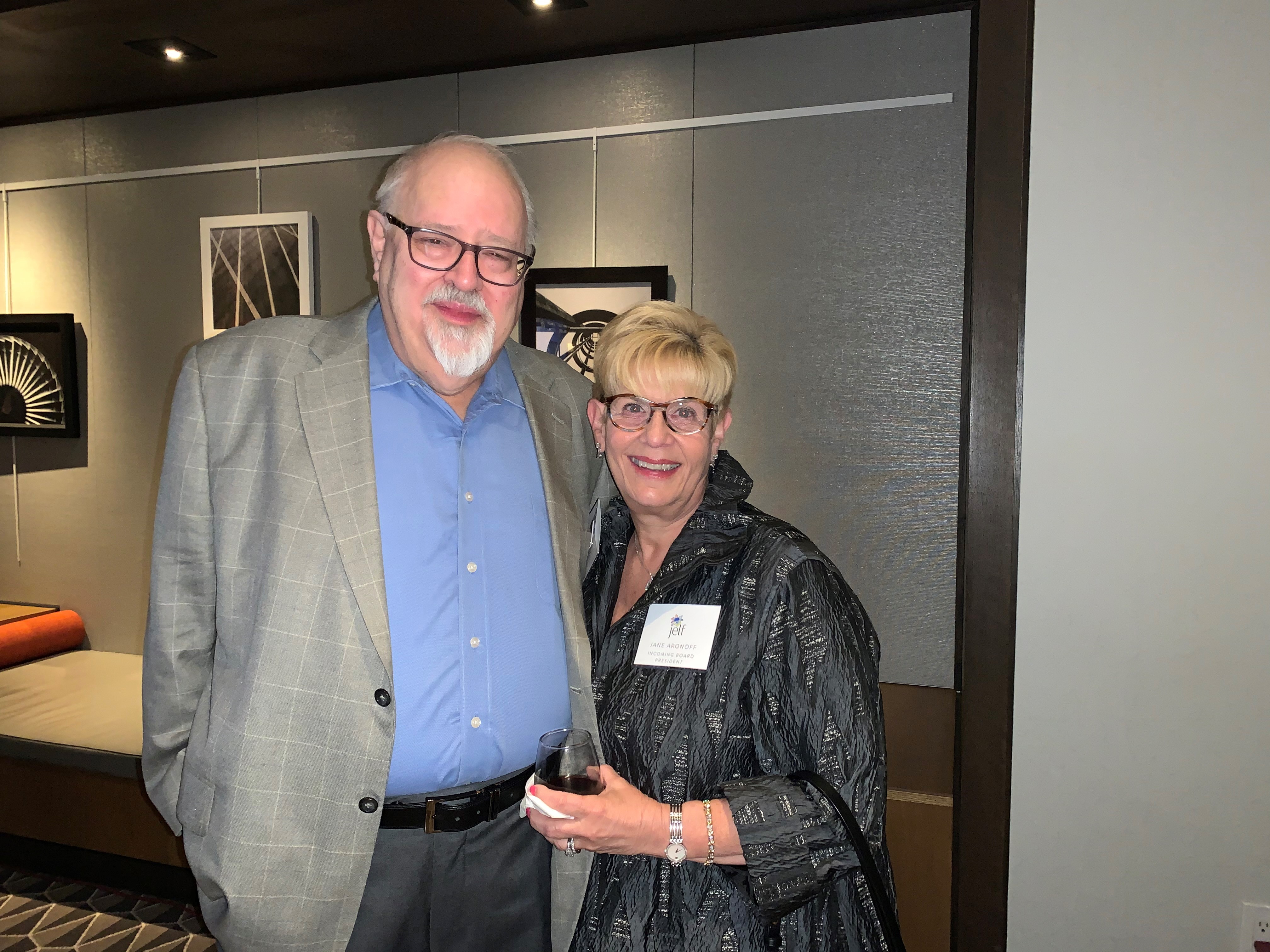 Incoming JELF President Jane Aronoff, a founder and past president of Kol Emeth, committed to bringing her business acumen and volunteer experience to her new post. “JELF has existed in some format since 1889, and I am honored to be its 32nd president. JELF changes lives and I am so proud to be at the helm of what is the ‘ultimate paying it forward nonprofit,’” Aronoff shared.

Earlier in the reception, accountant Ilana Gang expressed her pride in becoming the youngest incoming board member. “I was inspired by my uncle, Rob Rickles, who is a JELF recipient. Now I love having the opportunity to get the word out to young adults who need our assistance.”

Jody Pollack spoke of his $2,000 donation on behalf of the Hebrew Order of David’s efforts from the recent Atlanta Kosher BBQ Festival, in which JELF participated as a community partner.