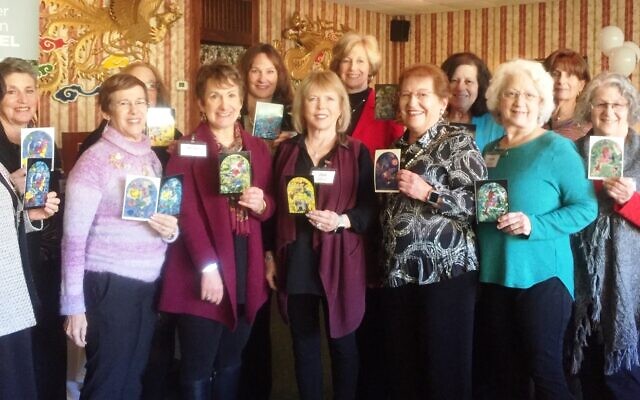 Israel, Mexico and Japan were well represented at the Hadassah Greater Atlanta Ketura group’s 2020 installation of officers and board Jan. 5 at Mo Mo Ya Japanese Restaurant in Buckhead.

Sheila Dalmat, Hadassah Greater Atlanta’s immediate past president, discharged the 2019 Ketura board with thanks for their service and installed the 2020 board.

The theme of the installation was the Chagall windows at the Hadassah Medical Center in Jerusalem, Israel. Each incoming leader was given a photo of one of the windows to inspire them in their respective roles. Helene Jacoby, Ketura’s immediate past president, presented outgoing president, Maxine Schein, with a donation from the board in her honor to benefit the Hadassah-sponsored Meir Shfeyah Youth Village in Israel as a token of their appreciation for her leadership. 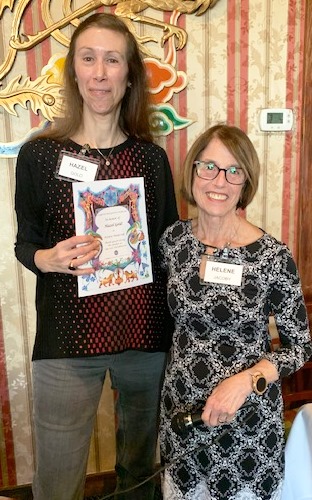 “Matza and Tortillas: Jews South of the Border,” specifically Mexico, was the subject of the talk by Hazel Gold, former chair of the Department of Spanish and Portuguese at Emory University. She said that Mexico has the third largest Jewish population in Latin America behind Argentina and Brazil. The majority of Jews are in big cities such as Mexico City, but they also can be found in the smaller areas. In its cities, Mexico has 25 synagogues, kosher restaurants, and 14 Jewish day schools. Population remains stable with a higher proportion of Sephardic Jews to Ashkenazi and American Jews. There is strong affiliation with Jewish organizations. Eighty to eighty-five percent of parents send their children to Jewish schools. Intermarriage is much less common than in the U.S. Ten percent of Mexican Jews marry outside the faith compared to a higher percentage in the U.S. Chicago has the largest Mexican-Jewish population outside of the Southwest.

Jews in Mexico have a long history dating back to 1492 in Spain and the public edict of expulsion in which the Jews had four months to convert to Catholicism or leave. The goal was to purge Spain of Jews. The edict of expulsion extended to the new world as well, unless purity of blood certificates were furnished (for example, no Jewish or Muslim blood). Many Jews were able to buy the certificates when they reached the Americas, regardless of bloodlines. 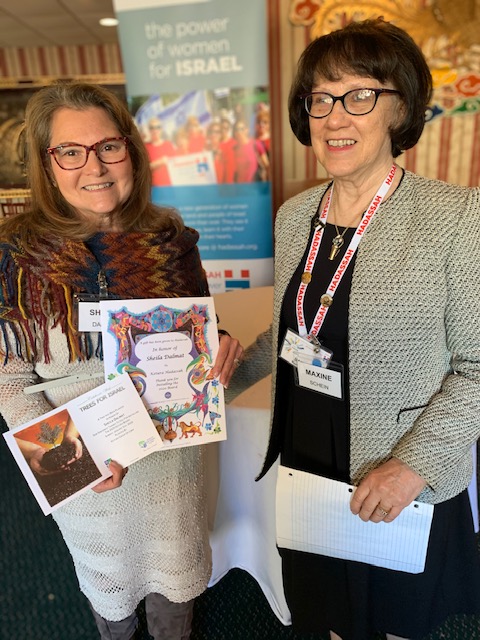 Sheila Dalmat accepts trees for Israel in her honor and a Hadassah certificate of appreciation from Maxine Schein for performing the Ketura installation.

Mexico has had a history of the struggle between church and state. Its first constitution made Catholicism the official religion and no Jews could become citizens. Under Santa Anna in 1843, this law was repealed, which opened the door for more Jewish immigration. Anti-immigration laws in 1931 were passed during the Great Depression, and sentiment against Jews increased.

A law was passed expelling Jews from low-level marketplaces such as peddling. This resulted in a positive outcome, however, since Jews went into more prosperous fixed-established businesses, manufacturing and politics.

Gold described the Jews of Mexico as more of a “salad bowl” than a “mixing pot” with the divergent groups not blending well but joining together when necessary. There are seven distinct ethnic groups in the Jewish community based on language and countries of origin. Last year, the Atlanta Jewish Film Festival featured “Leona” about a young Jewish woman from Mexico City.

In closing, Gold said, “I think there’s something wonderful about talking about Mexico while eating Japanese food; is this a great country or what?”

Please visit www.hadassah.org/atlanta for more information about Hadassah and the Ketura group.