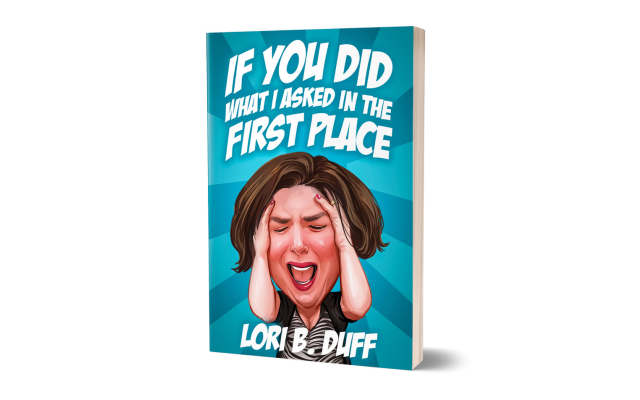 Duff’s latest book is “If You Did What I Asked in the First Place.”

It’s ironic that the title of Lori B. Duff’s latest book is “If You Did What I Asked in the First Place” because she actually did what her parents asked of her. Growing up on Long Island, Duff was given a clear choice in occupations: law or medicine. A high school biology class cut those options to one.

After attending Duke University, Duff went to Emory University School of Law from which she graduated in 1994. Faithfully following her parents’ request, Duff worked in the juvenile division of the DeKalb County District Attorney’s office before going into private practice. Now she serves part-time as presiding judge in the city of Loganville.

At the same time, she is fulfilling one of her two dreams – as a writer. She is the author of three best-selling books, as well as the popular “Legalese” column in the Monroe Local and a blog.

Last year she was awarded the title of Atlanta’s Funniest Lawyer from the Fulton County Daily Report as part of a fundraiser for children. As she told the AJT, “I actually came in second, but the guy who came in first wasn’t a lawyer, so I took the title.” 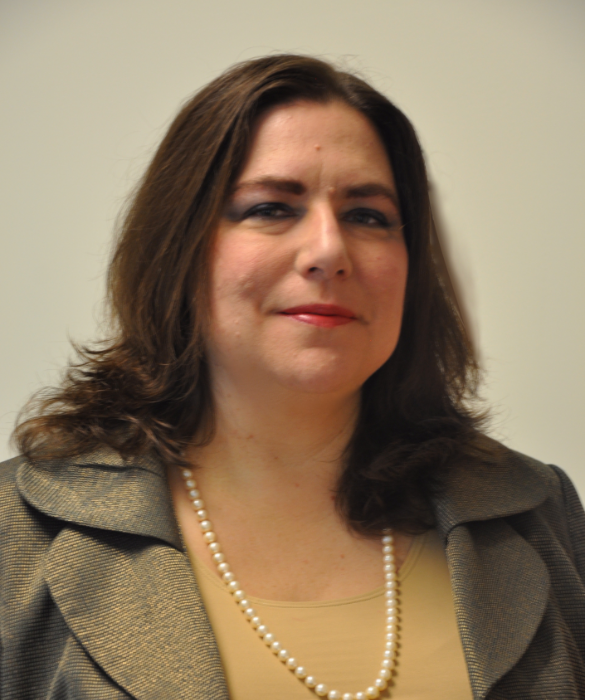 Lori B. Duff was named Atlanta’s Funniest Laywer by the Daily Report.

A conversation with Duff is full of laughter. In her latest book, she wittily writes about planning her own funeral, bringing up “Shrek” during her daughter’s bat mitzvah, bathroom etiquette, drag queens and an ode to libraries. Nothing seems to be off limits, to which her two teenagers could probably a test.

One of those teens, her 18-year-old son, is an oboe player who is auditioning for conservatories presently. Duff played the flute when she was young, and she considered herself “fairly successful. I wanted to major in music.” But now she lives vicariously through her children. Her nearly 16-year-old daughter asserts her Judaism in Loganville in a way that Duff never had to, growing up among many Jews on Long Island.

“I took Judaism for granted, but my daughter asserts her Judaism to assert her identity. I’m proud of her for that,” said Duff, who goes head-to-head with school administration over First Amendment issues separating religion and state.

Duff acknowledged, “I guess I was funny as a child. In high school I was. I wonder how I would have done if there had been Facebook. I was an introvert. But if I had had an opening, I would have taken it.”

She also said that having a sense of humor helps her as a lawyer. “I was a prosecutor for 10 years and I saw awful things. It’s hard to sit down with a five-year-old to talk about what her uncle did to her. If I didn’t laugh, I would have cried all day. It’s a survival mechanism.”

As she was growing up, she also thought her father had a great sense of humor until one time she bought a Mel Brooks album for him and realized that her father had borrowed his jokes from the legendary actor.

Duff didn’t start writing “publicly,” as she put it, until she was in her early 40s. She had run for a political office in Walton County and lost badly. “It was an awful experience, and I guess I was ripe for a midlife crisis. I needed time to recover from the experience and I needed to feel like I could control something,” she said.

Then she launched into one of her everyday experiences, which resulted in her first blogging. “I wrote insane things and a local editor was looking for blogs. That’s how I started writing publicly, and it grew from there.”

Although so far all of her books have been based on her real life, Duff is planning to “try something else. I have a series of books planned in my head based on a courtroom drama, but with a light-hearted side,” she said.

Now she handles mostly probate work, wills and uncontested divorces. She also is a mediator. She enjoys being a judge, but ideally, she’d like to focus on her writing four days a week and remain a judge one day a week.

As she looks back at her childhood, she realizes that writing was always important to her. And she had a truly unique training for it. Her high school offered a four-year, creative writing program. “You had to apply to get in and it was a really small class,” she said.

But instead of following her dreams, she did what she was asked. “My parents wanted me to earn money and not starve,” she laughed ruefully.

Read more from Duff at www.loriduffwrites.com/blog/