“We have come to draw strength from the remarkable spirit that is palpable when we are all together in one place.”

With those words, Rabbi Ron Segal, senior rabbi of Temple Sinai, opened the 75th Biennial convention of the Union for Reform Judaism Dec. 12 in the Skyline Ballroom of the McCormick Place convention center in Chicago.

Rabbi Segal, who began a two-year term in March as president of the Central Conference of American Rabbis, the Reform rabbinical organization, went on to describe the mission of the 5,000 attendees at what is the largest Jewish religious convention in America. 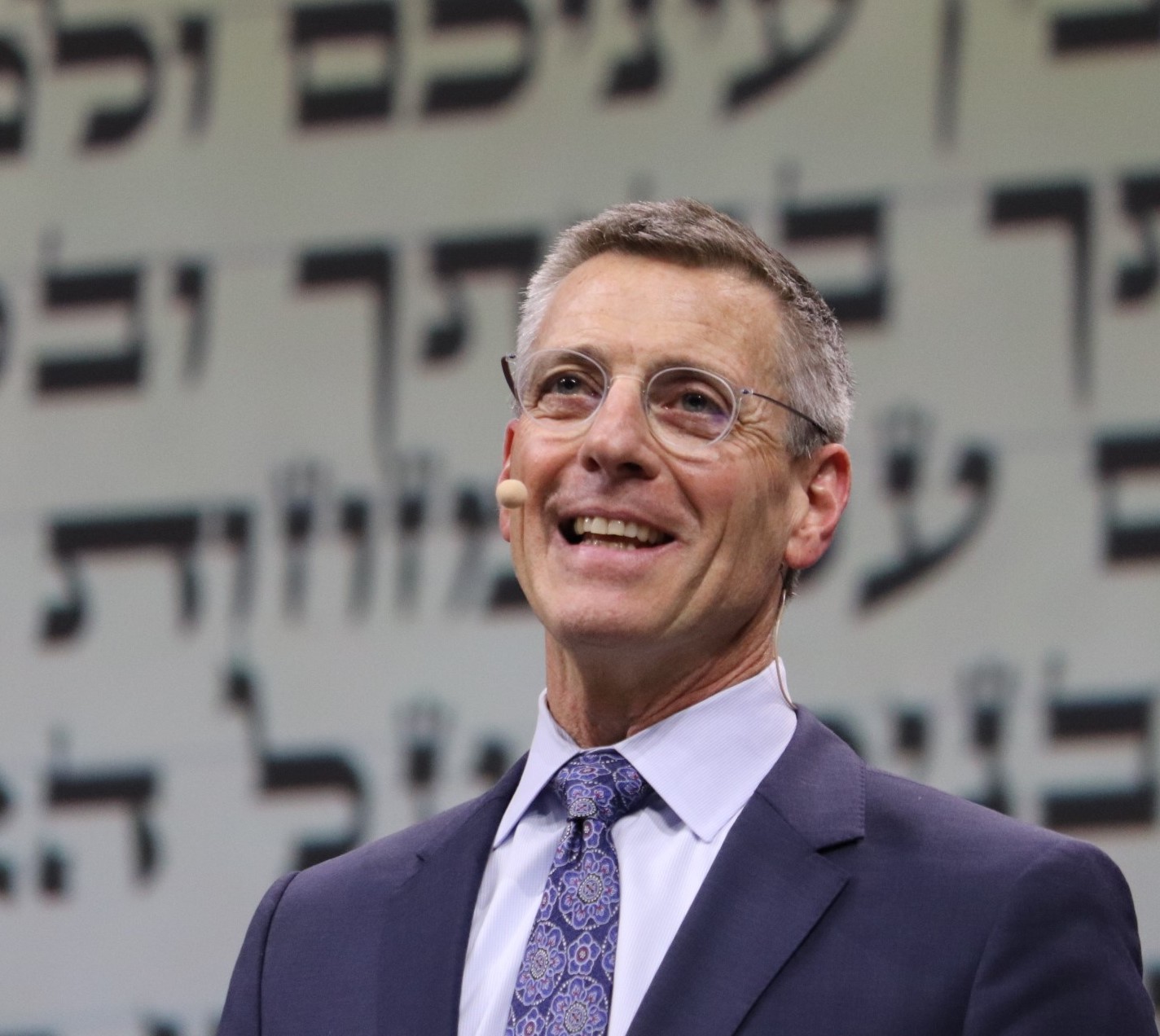 “We have come to discover our capacity to become agents of change, for our congregations, our communities and our world.”

The leaders of Atlanta’s Reform community were not only front and center on the convention’s main stage, they were seemingly everywhere during the five-day convention.

At one workshop, Rabbi Lydia Medwin of The Temple and John Eaves, the social action chair of the synagogue, explained how temples nationwide could replicate the synagogue’s highly successful Record Restriction Summit. The program, which has been held on Veterans Day at The Temple for the past two years, has provided an opportunity for hundreds in Atlanta to erase minor criminal charges from legal records.

Medwin and Eaves offered guidance and consultation for those congregations around the country interested in setting up their own programs to enable otherwise law-abiding people the opportunity to clear their name.

For many, The Temple program has helped them gain employment, rent living accommodations, apply for student loans and do many of the things that a criminal record often precludes.

The Temple program is a 2019 recipient of the Irving J. Fain Award of the Religion Action Center of Reform Judaism, which lobbies in Congress and oversees several of the organization’s social justice programs.

In another session, The Temple’s senior Rabbi Peter Berg discussed his synagogue’s successful partnership with JumpSpark Atlanta, the innovative program that provides new ways for teens, parents and community professionals to work together to strengthen Jewish identity among young people. 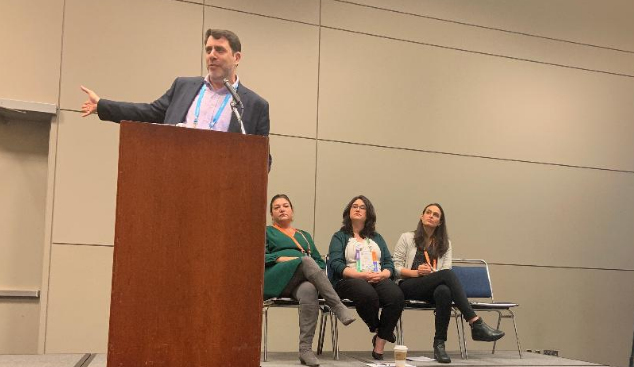 Atlanta’s JumpSpark program was highlighted by Rabbi Peter Berg of The Temple.

Kelly Cohen, who directs the JumpSpark program, described the discussion at the biennial as an excellent opportunity to show how the Atlanta program is contributing to a higher level of engagement by teens in Jewish life.

While there were many opportunities for organizational networking and learning, what was largely missing from all the programs and speeches by national leaders was any mention of the political drama that was taking place at precisely the same time at the impeachment hearings in Washington.

There might have been plenty of informal conversations, but public political rhetoric was largely absent. Although the convention approved a controversial resolution to study the issue of reparations for the African American community, most discussions of hot-button political issues were put aside.

Rabbi Berg believes that those attending the biennial were not eager to engage in heated political debate.

“I have a strong sense that people came to the biennial to recharge their batteries and to participate in vibrant Jewish worship and learning. I believe that people wanted to turn off the political rhetoric. I think people came to get away from it all.”

Even Rabbi Rick Jacobs, the outspoken president of the organization and often fiery voice for liberal causes, was relatively muted in his keynote address and Saturday morning sermon. He chose instead to put his emphasis on the challenges the Reform movement faces in bringing more young people into temple life.

A survey about the attitudes of young people toward religion was released by the American Enterprise Institute Dec. 12, the same day the Reform biennial opened. It claimed that large numbers of millennials, young people between the ages of 23 and 39, are turning their backs on organized religion.

There is mounting evidence that even when they marry and have families, millennials are not coming back. A study by the Pew Research Center earlier this year reported that 40 percent of Christian millennials are religiously unaffiliated. The outlook for liberal Jewish millennials is, similarly, not considered bright.
Rabbi Jacobs encouraged the thousands who filled the convention ballroom to “step back and make space for Jewish youth and young adults to experiment and make decisions for themselves. 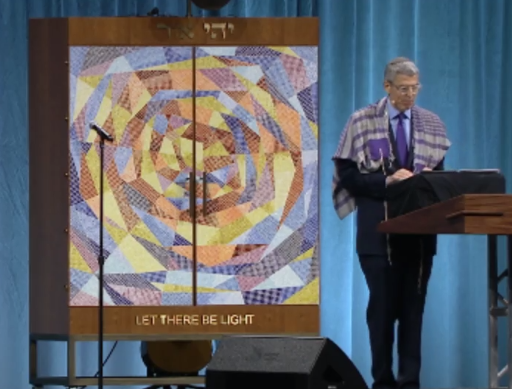 Rabbi Rick Jacobs, president of the Union for Reform Judaism, urged attendees to make room for young people in their local synagogues.

“Our youth make us think,” he continued. “They push us to be more open. It is our job to help them find their voices and hear them when they do. They are forcing us to wrestle with new ideas and I think that’s healthy.”

When they weren’t mulling over the ideas of their national executives, Reform leaders from Atlanta could be found at gatherings of the URJ’s North American Board of Trustees, where a half dozen Atlanta temple members are currently serving. Some were also participating at meetings of allied organizations, such as the National Association for Temple Administration, who are responsible for the business affairs of Reform temples.

On Dec. 11, Jack Feldman, the executive director of Temple Sinai, was installed as that group’s president. His election gave the Sandy Springs synagogue the unprecedented honor of running two of the most important organizations under the URJ umbrella.

Next year, Temple Sinai’s Marisa Kaiser, who is the director of their Center for Learning & Engagement, will step up to the presidency of the Association for Reform Jewish Educators, the movement’s educational arm, thus adding a third jewel to the synagogue’s national leadership crown.

And, as if having all this Atlanta talent wasn’t enough, the Reform biennial ended with a stirring message after Havdalah Saturday evening from Dr. Deborah Lipstadt, the distinguished Emory University scholar of the Holocaust. Her book, “Anti-Semitism – Here and Now,” published in January, has been among the most widely discussed Jewish works of 2019.

She urged the Reform leaders not to build their Jewish life only around how they respond to anti-Semitism.

She counseled them “to build your identity on what you do, not what is done to you. 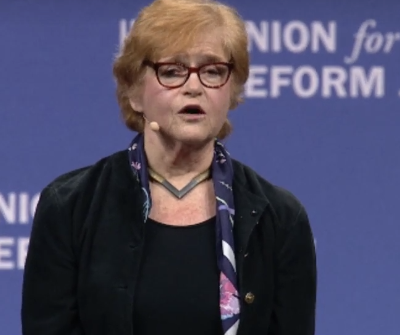 Emory’s Deborah Lipstadt was the concluding speaker at the URJ Biennial convention.

“If others rise up and try to destroy us,” she stressed, “we live as Jews not because of them, but despite them. We revel in our Jewish identity.”

It was that strong and optimistic message that echoed in the words of Rabbi Segal, the national rabbinic leader who spoke briefly at a small dinner one evening for those attending the convention from his Temple Sinai congregation.

Raising his wine glass high, he toasted them and, by implication, all those who had traveled to Chicago last week to revel, as professor Lipstadt put it, in their Judaism.