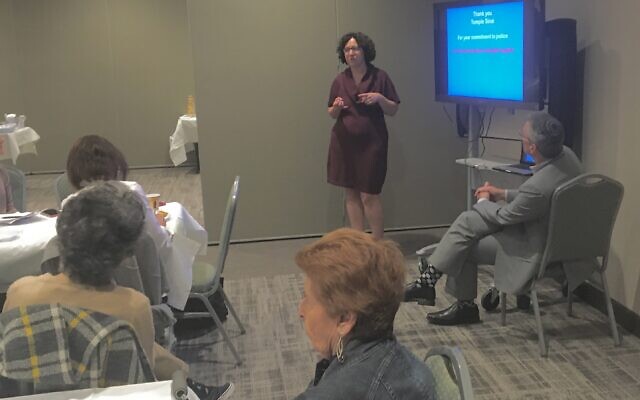 Two of Atlanta’s largest congregations recently heard urgent pleas for the community to get more deeply involved in immigration reform. At Temple Sinai in Sandy Springs, the director of immigration justice for the Reform movement, Dr. Julia Paley, spoke about the need to follow the teaching of the Torah in helping immigrants who are seeking refuge in the United States.

“The current situation of what’s happened with immigration,” she told a Saturday morning brunch program Dec. 7, “is pretty much in direct opposition to what we learn in the Torah about not abusing and loving and welcoming immigrants.”

She went on to describe recent programs that the Religious Action Center of the Union for Reform Judaism has taken on to combat the mistreatment of immigrants in detention camps, fight for the reinstatement of the Deferred Action for Childhood Arrivals program and lobby Congress to limit funding for deportation and detention programs for immigrants.

“We at the RAC, the Religious Action Center,” she said, “are very intent on working on immigration justice.”

Immigration reform has not only been a national priority for the URJ but it has been part of the social justice program of many local Reform congregations around the country.

“I am here at Temple Sinai,” she told her Shabbat audience, “to express that, and my respect and gratitude to everyone who’s been long in this struggle already.”

Temple Sinai has recently formed a special interest group of members interested in individual action for immigrants. The group, under the leadership of Temple Sinai members Janie Fishman and Leslie Walden, has worked to monitor how immigrants are dealt with in the courts and has worked to improve conditions in detention facilities.

In August, a group of Temple Sinai congregants led by Rabbi Brad Leventhal visited border areas in Texas to see firsthand the immigration situation there.

Paley mentioned that over the last five years the Religious Action Center, which is based in Washington, D.C., has shifted some of its focus away from lobbying in Congress toward social justice program like the one she runs.

Specifically, she urged those wishing to get more directly involved in the immigration issue to connect with migrant-led organizations and local interfaith coalitions. She also asked that temple members spread the word about the community’s opposition to stepped-up raids by the Immigration and Customs Enforcement agency, engage in digital advocacy and develop and join local action against deportation raids.

At The Temple in Midtown Atlanta, at a Friday night worship service Dec. 6, congregants heard a similar message of individual action and awareness from Rabbi Lee Bycel, who spoke about his recently published book, ”Refugees in America: Stories of Courage, Resilience, and Hope in Their Own Words.” 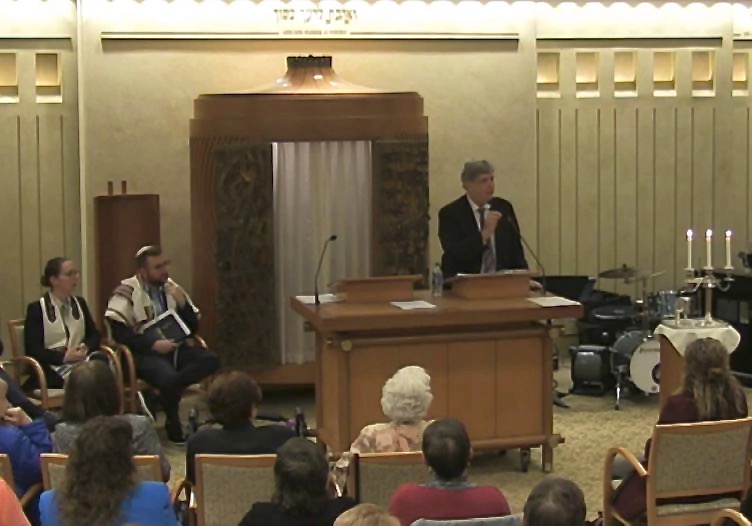 Bycel is a former dean of the Hebrew Union College, the Reform seminary in Los Angeles, and the former head of The [Robert] Redford Center. Bycel recounted the individual stories of refugees who have come to America in recent years in search of a better life. Often, their journey has been marked by harrowing experiences of violence and war.

Bycel, who is also a congregational rabbi in California, told of his own journey of understanding that dated back to the mid 1990s and the genocide in Rwanda and of his need to get more deeply involved in aiding immigrants.

These refugees, he emphasized, shared extraordinary experiences of fleeing oppression, violence and war in their home countries in search of a better life in the United States

“What I wanted to bring to this conversation is to humanize the story of refugees, to get their perspective and their insight about what they have experienced.”

The Reform movement has a long interest in the immigration question in America. As far back as 1995 the biennial convention of the URJ passed a resolution in support of policy changes to bring about a fair and generous immigration policy.

In April, the Reform movement announced a gift of over $1 million from the Kraus Family Foundation fund, a new initiative on immigrant and refugee justice and a push to activate and galvanize greater action across the Reform Jewish community.

That conversation received renewed support at last week’s Reform Biennial convention in Chicago, where immigration issues were a prominent part of the discussion about social justice.