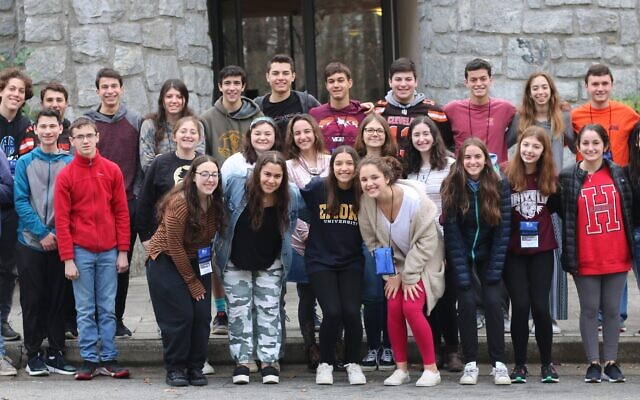 Young Israelis serving as Jewish Agency emissaries and program options reflecting participants’ feedback highlighted the largest-ever Teen Israel Leadership Institute hosted by the Center for Israel Education and Emory University’s Institute for the Study of Modern Israel from Dec. 6 to 8.

The weekend institute, the third held at Emory’s Atlanta campus since the spring of 2018, drew 32 high school sophomores, juniors and seniors, half of whom came from Cleveland with the @akiva program. That marked a 33% increase from the number of teens who attended the second Atlanta TILI in October 2018. Only one participant, Weber School junior Hunter Siegel of Alpharetta, came from the Atlanta area.

Having more participants enabled conference organizers Rich Walter, CIE’s vice president of curriculum and outreach, and Steve Kerbel, a CIE educational specialist, to include program choices during most learning sessions. For example, during an hour focused on Israel’s birth and growth, the teens could learn about the different versions of what happened in 1948, examine Israel’s Declaration of Independence or delve into the new state’s growing pains through challenges such as immigration. A period dedicated to culture and society offered sessions on poetry, dance and religion. For a timely hour on political issues, some teens studied Israel’s electoral deadlock while others focused on the U.S.-Israel relationship and still others explored the intersection between Israeli music and culture.

“It’s our duty as teens to learn as much as possible because we’re the next generation that is going to be dealing with these issues,” said Becca Powers, a high school senior in Shaker Heights, Ohio.

The quality of the teens was at least as important as the quantity, Walter said. A November video conference call involving institute participants helped plan the program. 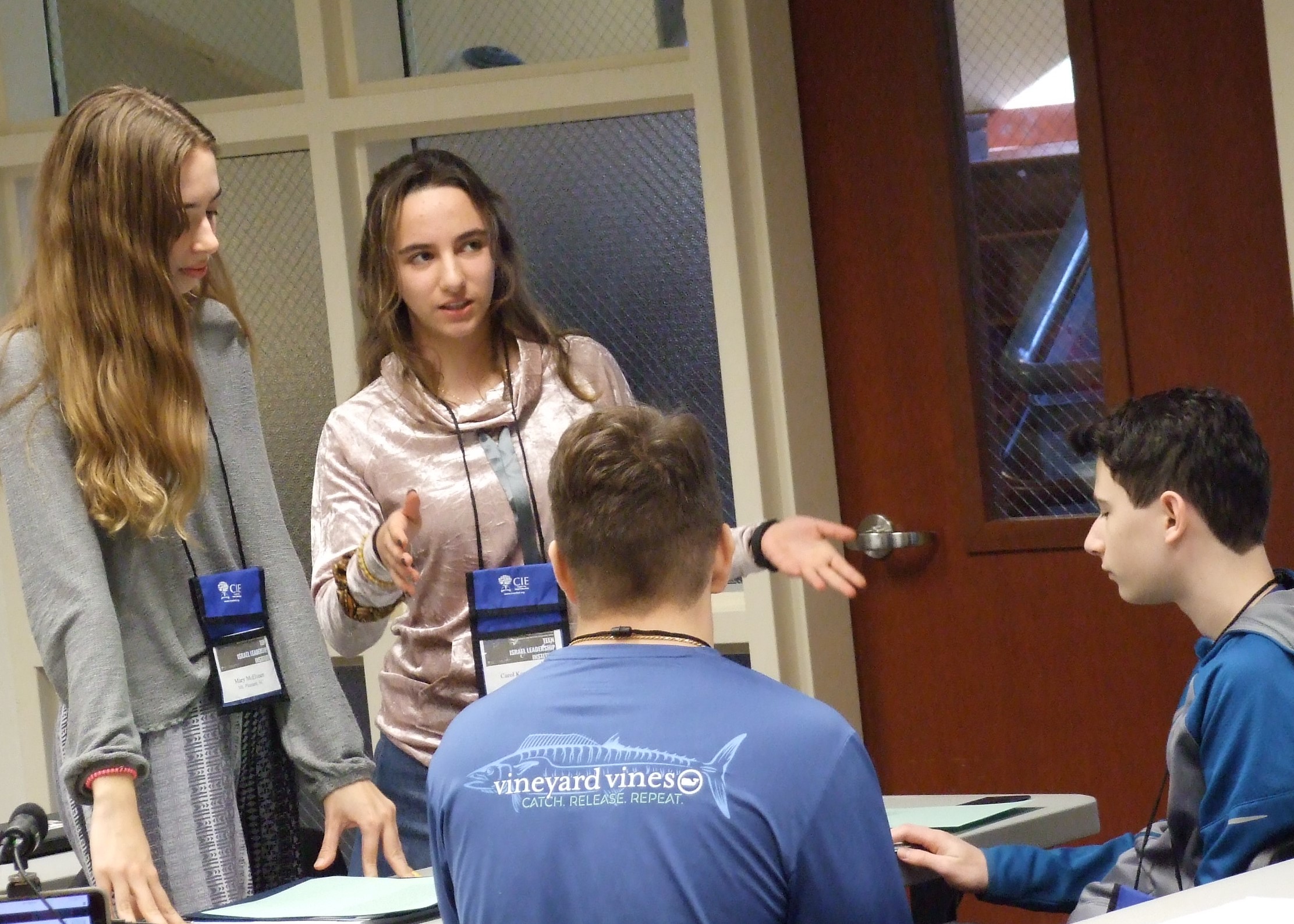 “We got more of a chance to actually tell Rich and Steve what we wanted to learn. So this year they kind of tailored programs for us, and I feel like I learned even more than what I expected,” said Carol Kornworcel, a high school junior from Tampa, Florida, who also attended the October 2018 institute.

In addition to CIE and ISMI staff, the weekend’s instructors included such local experts as JumpSpark Director Kelly Cohen and her predecessor, Hope Chernak, and @akiva’s associate director, Tina Keller.

In one of the most popular parts of the weekend, several of Atlanta’s group of 10 Shinshinim — recent Israeli high school graduates working as Jewish Agency emissaries for a year before their military service — met with their American peers to answer questions about life in Israel. 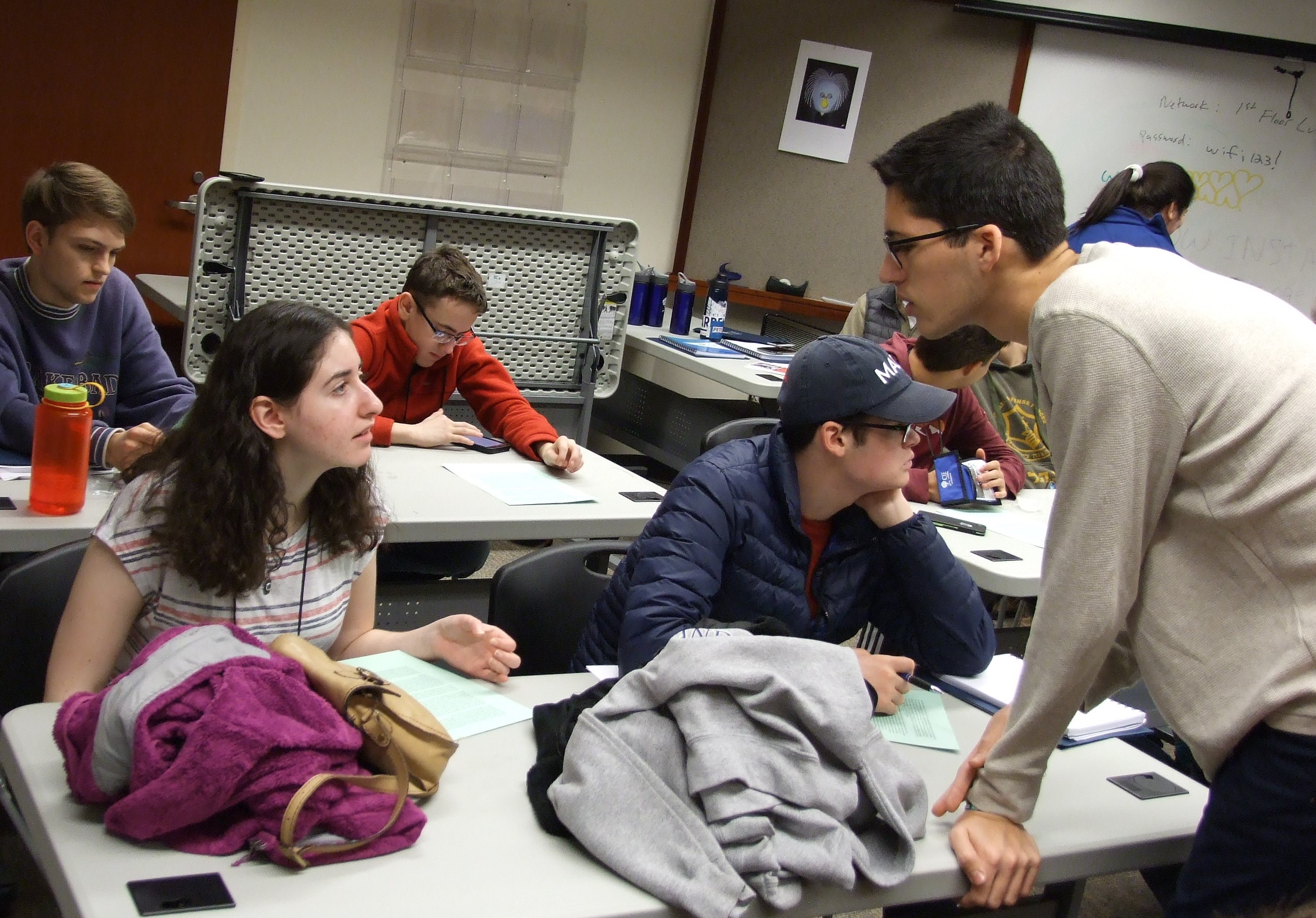 Shinshin Sagi Shulman offers guidance during a Knesset simulation, the final activity of the Teen Israel Leadership Institute on Dec. 8.

One Shinshin who works weekly with CIE, Sagi Shulman, led the whole group in a Knesset simulation that served as the culmination of the weekend. Teens portrayed fictional Knesset members with real Israeli experiences, from Russian and Ethiopian immigrants to Mizrahi Jews and Arab Muslims. The teens answered questions that helped them understand their characters, such as what song, food or article of clothing would represent them, before grappling with Knesset issues. The topics for debate included access to the Temple Mount, Shabbat transportation, the status of settlements and Arab quotas at Israeli universities.

Amid the additions and changes, the teen institute kept such popular features as Emory campus tours, Shabbat dinner and services at Emory Hillel, and “Chopped: Hummus,” in which teams learn about Israeli food and culture while making their own hummus from a basket of surprise ingredients. Discussions about planning and executing effective Israel programs will help the teens share what they learned in their home communities. 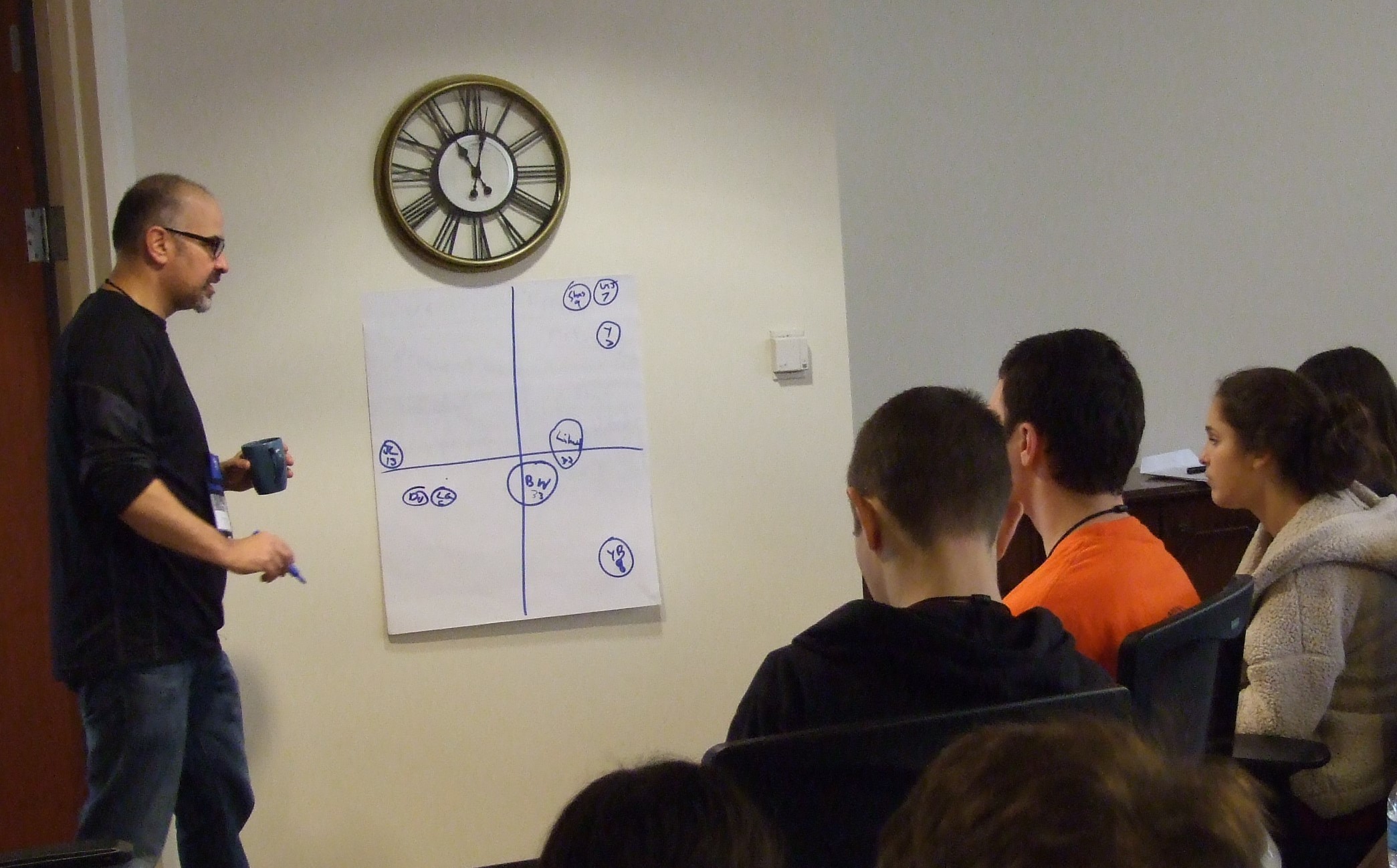 CIE Vice President Rich Walter charts where parties that won seats in the second Israeli election of 2019 fall on the political axes of security and religion.

Although TILI has developed into an annual fall program in Atlanta, CIE and ISMI also take the workshop on the road, as in Seattle early this year and next May, and arrange versions for particular groups, such as USY. Contact Walter at rich.walter@israeled.org for more information about TILI.

CIE is a nonpartisan, nonprofit, independent institution committed to using primary materials to teach students, educators and the general public broadly about modern Israel. ISMI, a non-degree-conferring unit of Emory, is dedicated to enhancing knowledge of and scholarship on Israel and the Middle East on the university campus and beyond.