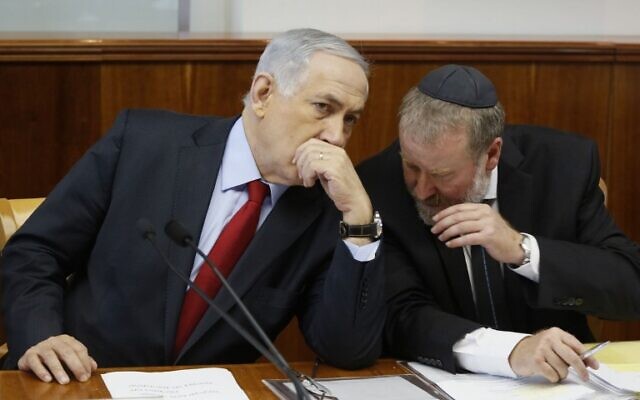 Few, if any, would argue with the charge that 2019 was the most dysfunctional in Israeli government history.

It started in late 2018 when the country’s parliament, or Knesset, dissolved and elections were called for April 9, 2019. For the first time in Israel’s history, no Knesset party was able to cobble together a government. Prime Minister Benjamin Netanyahu asked that the Knesset be dissolved again, and a second round of elections was set for Sept. 17, 2019.

This time, not only was Netanyahu unable to form a government coalition, but neither was his main challenger, Benny Gantz of the Blue and White party. At midnight Israeli time Dec. 4, the Knesset was dissolved once again, and now the country is preparing for a third round of elections set for March 2, 2020.

Although Israel’s election system is extremely different from that of the United States, in both cases governments are designed to last four years. But unlike in the U.S., Israeli governments don’t often fulfill their full four-year terms. In fact, no Israeli government has completed its four years since 1988.

The Israel Democracy Institute in Jerusalem reported that there’s been a “deterioration of the average period of time between” elections, and it is now down to 2.3 years. If one looks at other established democracies, the IDI reports, there are strong concerns about whether the Israeli electorate will return to the polls for a third time in less than one year.

“The experience of other countries that have held election after election within a short period of time demonstrates that in almost all cases, the participation is indeed lower,” wrote IDI’s research fellow Dr. Ofer Kenig. Defying those odds, Israel’s turnout in September rose to 69.8 percent from 68.5 percent in April, but it’s impossible to project what will happen in March.

For one reason, although the choice of political parties will be about the same, the situation is different. On Nov. 21, Israeli Attorney General Avichai Mendelblit announced indictments of Netanyahu in three separate cases, charging him with breach of trust and fraud in all cases, and additionally, bribery in one case. Since this, along with most everything in Israel’s government in 2019 is unprecedented, no one is willing to speculate the indictments’ impact on voters’ choices. However, initial polls indicate Blue and White – which won one more seat than Netanyahu’s Likud party in September – will expand its lead in the third election.

Earlier this month, the Israeli Supreme Court ruled that Netanyahu was not required to give up his leadership position because that would have led to elections anyway. However, he was asked to relinquish his portfolios as health, welfare, agriculture and diaspora affairs minister.

On Dec. 26, the Likud party was to hold primaries to determine whether Netanyahu will continue to lead the party and serve as its potential prime minister if he’s able to form a new government. This is the first real challenge to his leadership in more than a decade, but it is not expected to be successful, although there’s no question that “Netanyahu has been weakened by the indictments,” stated IDI President Yohanan Plesner.

The country is also waiting to see if Netanyahu will request immunity from prosecution from the Knesset, which any public official has the right to ask. Technically, he has until Jan. 1, 2020, to decide. But since the Knesset is “essentially in a state of recess,” it’s not clear whether there’s an appropriate committee from which he might make that request.

If there’s any doubt that the current unparalleled stalemate will continue, there’s already talk of a fourth election in 2020.